Will Accept A Nomination 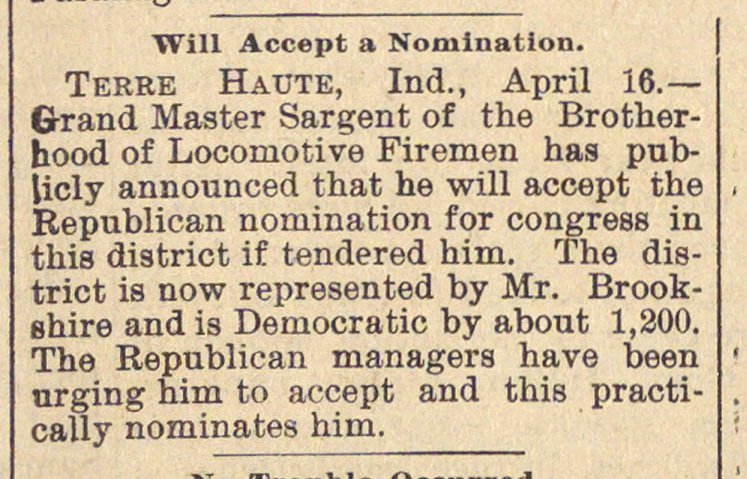 Terre Haute, Ind., April 16. - Grand Master Sargent of the Brotherhood of Locoruotive Firemen has publicly announced that he will accept the Republican nomination for congress in this district if tendered him. The district is now represented by Mr. Brookshire and is Democratie by about 1,200. The Republican managers have been nrging him to accept and this practically nominates him.