Swept Over The Falls 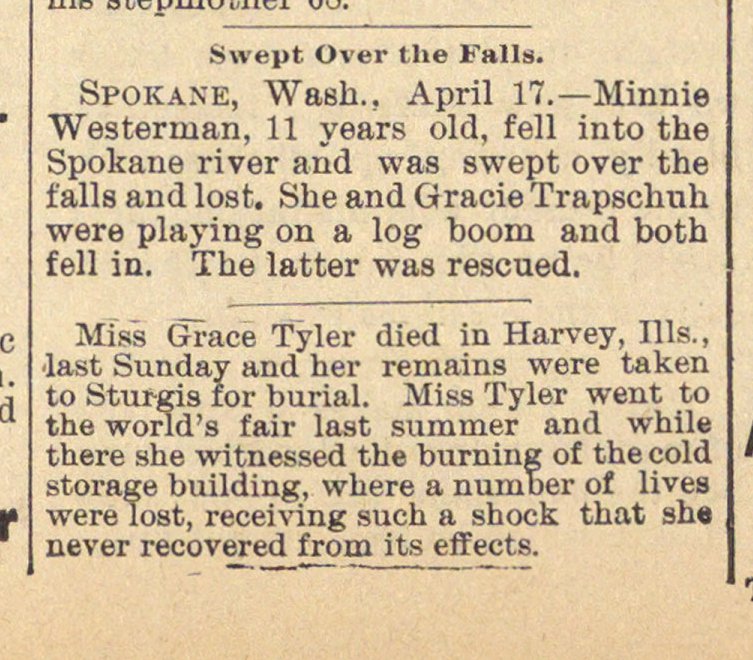 Spokaxe, Wash., April 17.- Minnie Westernian, 11 years old, feil into the Spokane river and was swept over the f alls aud lost. She and Gracie Trapschuh were playing on a log boom and both feil in. The latter was rescued. Miss Grace Tyler died in Harvey, Hls., last Sunday and her remains were taken to Sturgis lor burial. Miss ïyler went to the world's fair last suminer and while there she witnessed the burning oL the cold storage building, where a nuniber of lives were lost, receiving such a shock that she Bever recovered from its effects.