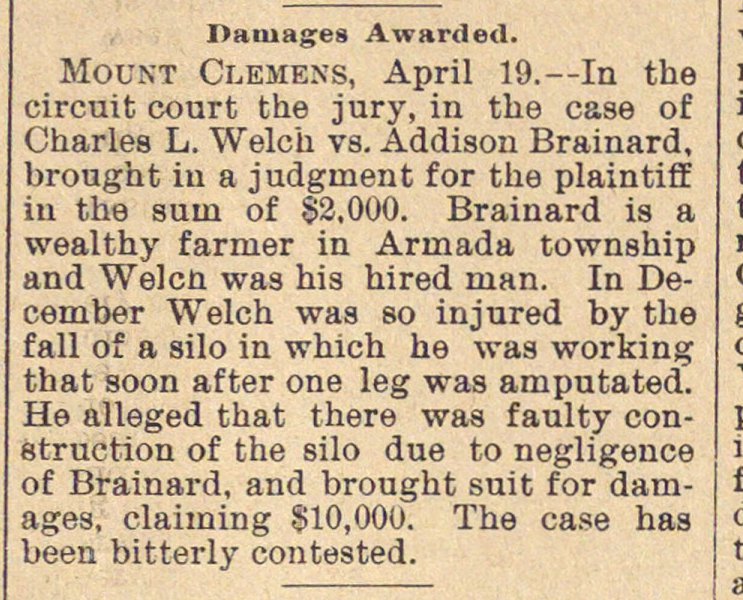 Mount Clemens, April 19. - In the circuit court the jury, in the case of Charles L. Welch vs. Addison Brainard, brought in a judginent for the plaintiff in the suui of 2,000. Brainard is a wealthy farmer in Armada township and Welen was his hired man. In December Welch was so injured by the fall of a silo in which he was working that soon after one leg was amputated. He alleged that there was faulty construction of the silo due to negligence of Brainard, and brought suit for damages, claiming $10,000. The case has been bitterly contested.