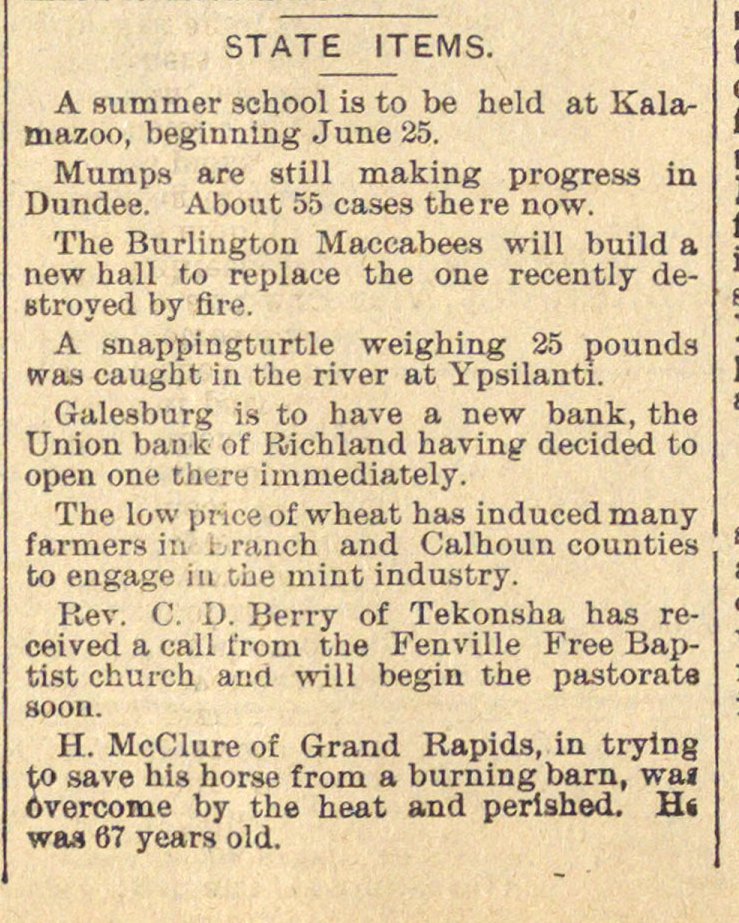 A nummer school is to be held at Kalamazoo, begiuning June 25. Mumps are still making progresa in Dundee. A bout 55 cases the re now. The Burlington Maccabees will build a new hall f.o replace the one recently deBtroyed by fire. A snappingturtle weighing 25 pounds was caught in the river at Ypsilanti. Galesburg is to have a new bank, the Union bant of Richland having decided to open one there immediately. The low price-of wfaeat has inducedmany farmers i :: branch and Calhoun counties to engage in the mint industry. Rev. C. I). Berry of Tekonsha has received a cali trom the Fenville Free Baptist church anfl vrill begin the pastorate soon. H. McClure of Grand Rapids, in trylng to save his horse from a burning barn, wal vercome by the heat and perlshed. H was 67 years old.