A Bank At Nashville Robbed 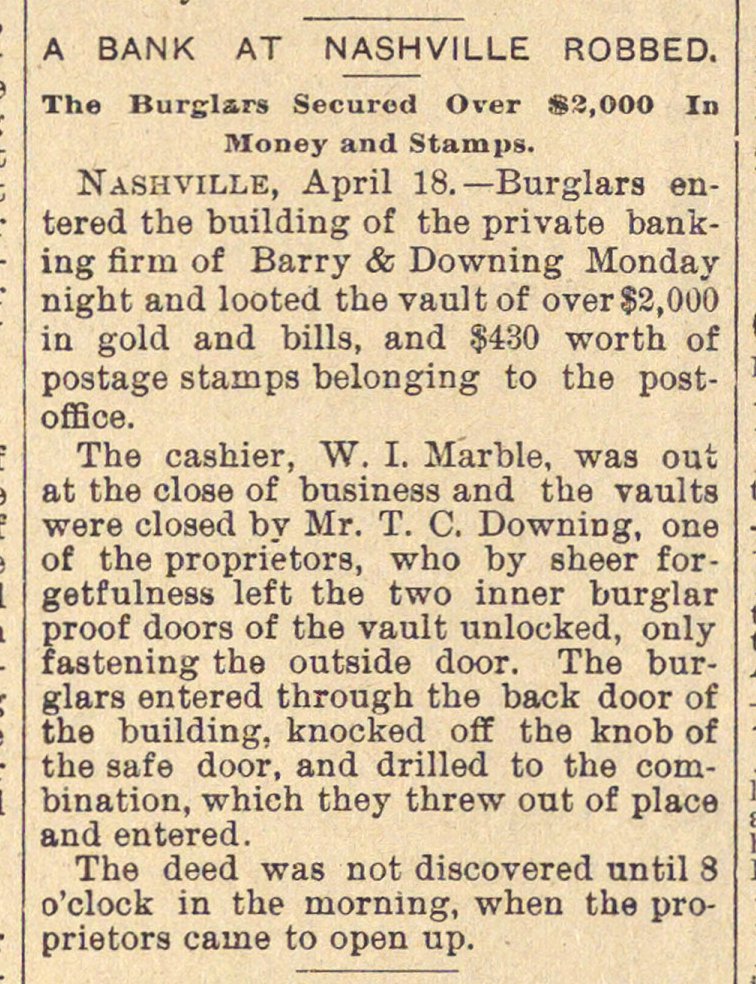 Nashville, April 18.- Burglars entered the building of the private banking firm of Barry & Downing Monday night and looted the vault of over 2,000 in gold and bilis, and $430 worth of postage stamps belonging to the postoffice. The cashier, W. I. Marble, was out at the close of business and the vaults were closed by Mr. T. C. Downing, one of the proprietors, who by sheer forgetfulness left the two inner burglar proof doors of the yault unlocked, only fastening the outside door. The burglars entered through the back door of the building, knocked off the knob of the safe door, and drilled to the combination, which they threw out of place and entered. The deed was not discovered until 8 o'clock in the morning, when the proprietors caine to open up.