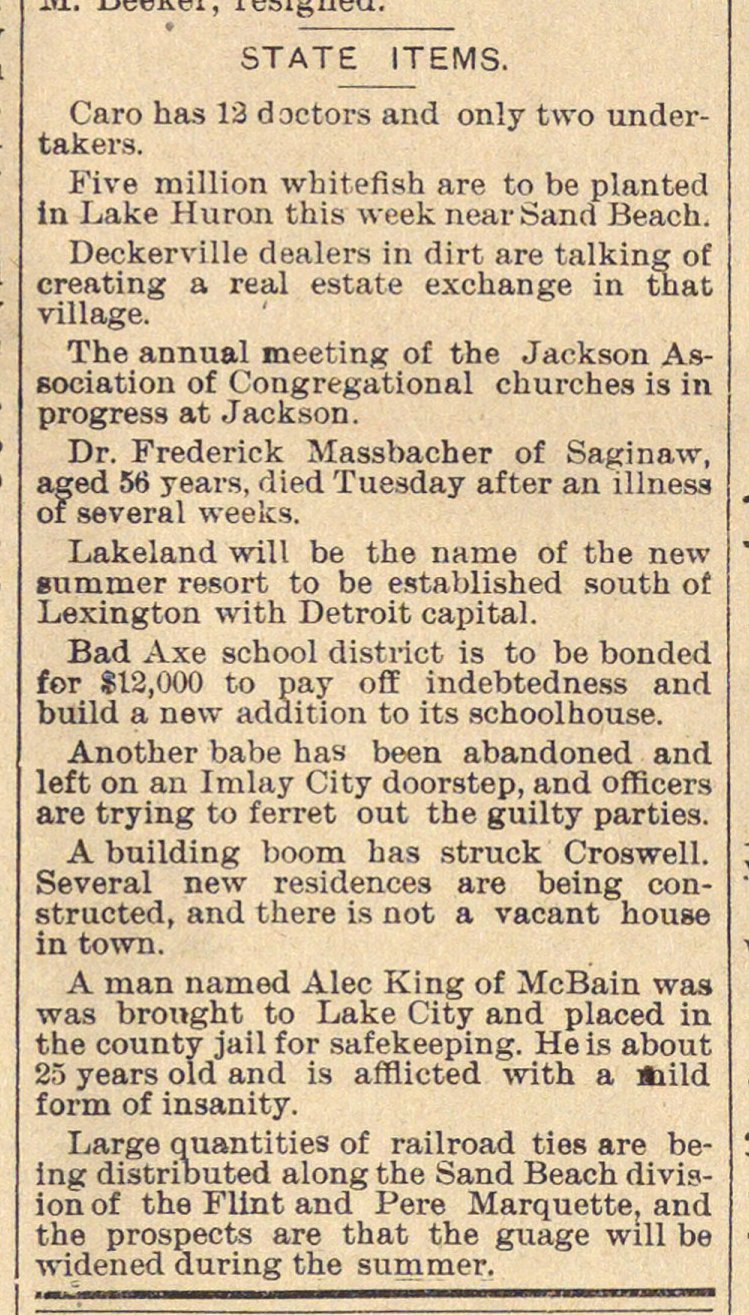 Caro has 12 doctors and only two undertakers. Five million whitefish are to be planted in Lake Hurón this week nearSand Beach. Deckerville dealers in dirt are talking of creating a real estáte exchange in that village. The annual meeting of the Jackson AsBociation of Congregational churches is in progresa at Jackson. Dr. Frederick Massbacher of Saginaw, aged 56 years, died Tuesday after an illness of several weeks. Lakeiand wilt be the name of the new summer resort to be established south oí Lexington with Detroit capital. Bad Axe school district is to be bonded for $12, 000 to pay off indebtedness and Duild a new addition to its schoolhouse. Another babe has been abandoned and. eft on an Imlay City doorstep, and officers are trying to ferret out the guilty parties. A building boom bas struck Croswell. Several new residences are being constructed, and there is not a vacant house in town. A man named Alee King of McBain was was brought to Lake City and placed in ;he county jail for safekeeping. He is about 25 years oíd and is afflicted with a íiild 'orm of insanity. Large quantities of railroad ties are béng distributed along the Sand Beach divison of the Fllnt and Pere Marquette, and ;he prospecte are that the guage wül be widened during the summer.