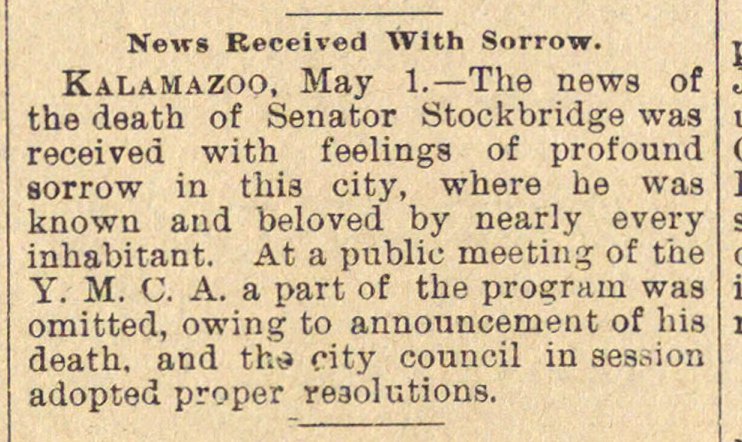 Kalamazoo, May 1.- The news of the death of Senator Stockbridge was received with feelings of profound Borrow in tliis city, where he was known and beloved by nearly every inhabitant. At a public meeting of the Y. M. C. A. a part of the program was omitted, owing to announcement of his death, and ths city council in sesion adopted proper re3olutions.