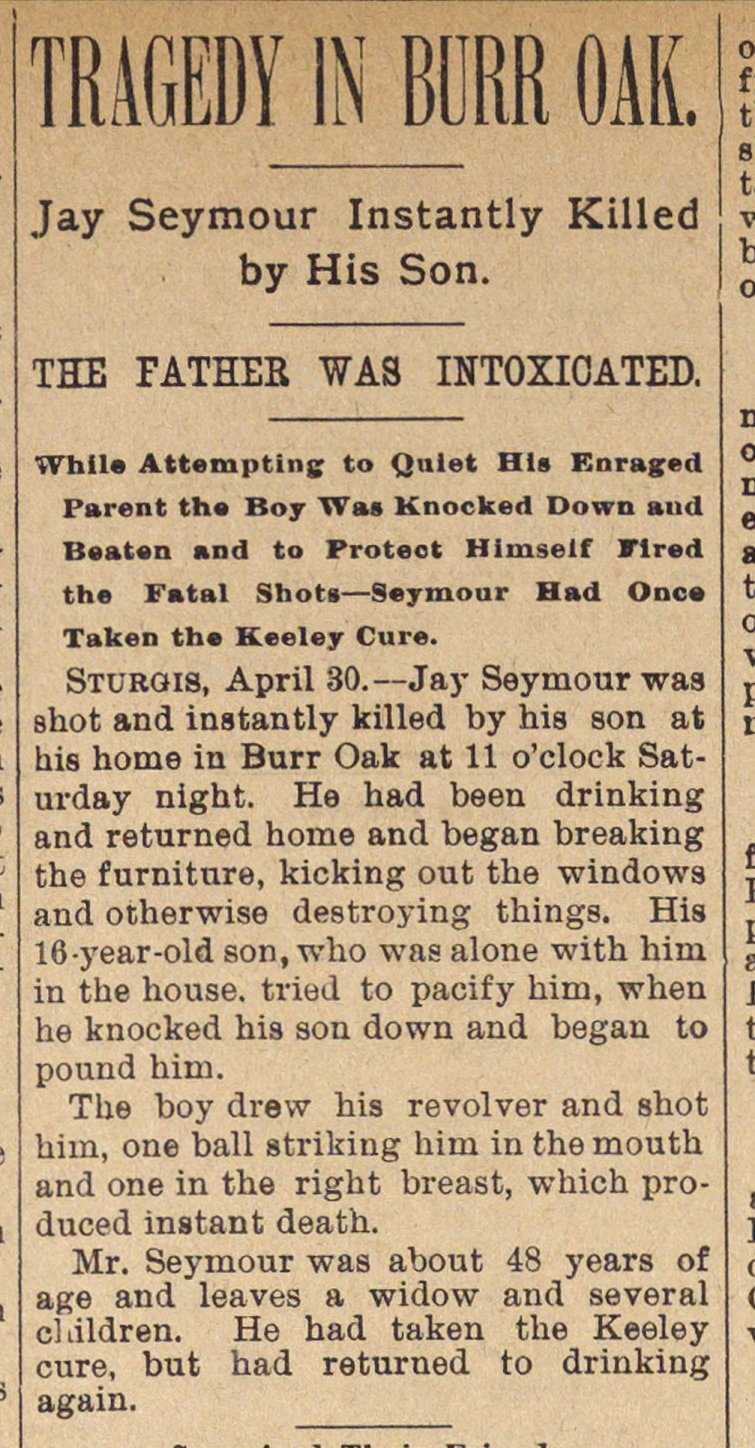 Sturois, April 30.- Jay Seymour was aot and instantly killed by his son at lis home in Burr Oak at 11 o'clock Satrday night. He had been drinking nd returned home and began breaking tie furniture, kicking out the windows nd otherwise destroying things. His 6year-old son, who was alone with him n the house, triad to pacify him, when ie knocked his son down and began to )ound him. The boy drew his revolver and shot lim, one ball striking him in the mouth nd one in the right breast, which prouced instant death. Mr. Seymour was about 48 years of ge and leaves a widow and several liildren. He had taken the Keeley ure, but had returned to drinking again.