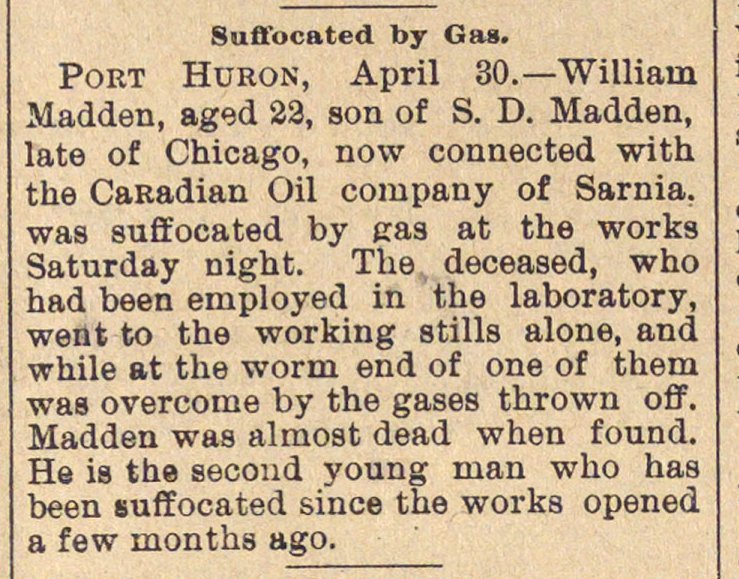 Port Hurón, April 30.- Williain Madden, aged 23, son of S. D. Madden, ate of Chicago, now connected with the CaRadian Oil company of Sarnia. was suffocated by eras at the works Saturday night. The deceased, who ïad been employed in the laboratory, went to the working stills alone, and while at the worm end of one of them was overeóme by the gases thrown off. Vladden was almost dead when found. 3e is the second young man who has jeen suffocated since the works opened a few months ago.