Dangerous Man To Be Free 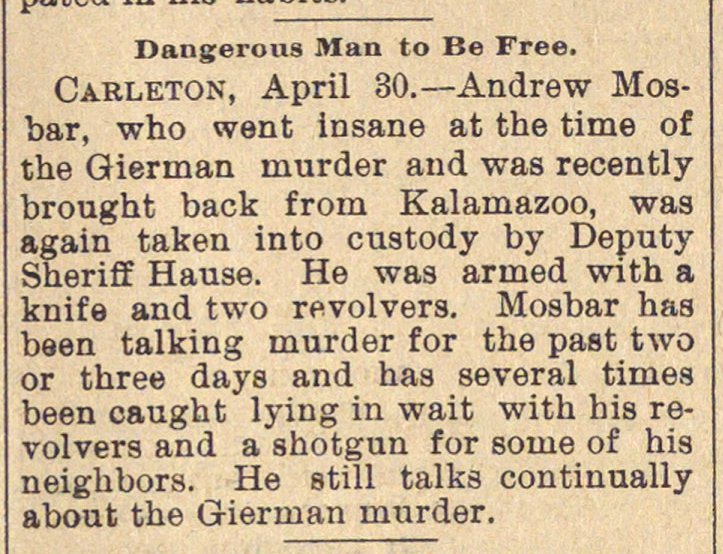 Carleton, April 30. - Andrew Mosbar, who went insane at the time of the Gierman inurder and was recently brought back from Kalamazoo, was again taken into custody by Deputy Sheriff Hause. He was arrned with a knife and two revolvers. Mosbar has been talking inurder for the past two or three days and has several times been oaught lying in wait with his revolvers and a shotgun for souie of his neighbors. He still talks continually about the Gierman murder.