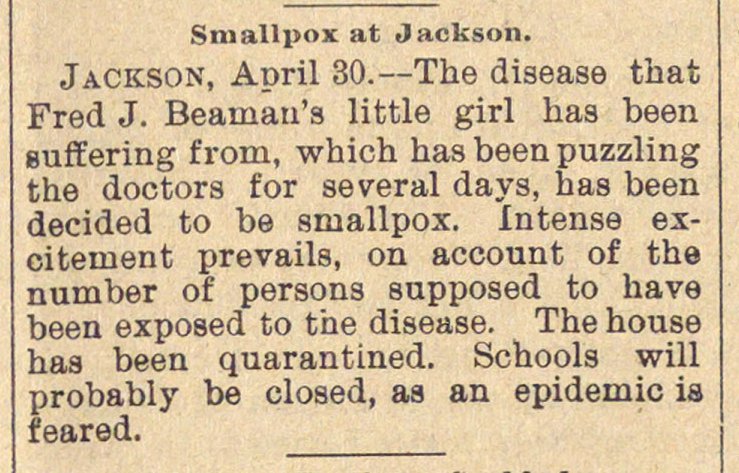 Jackson, April 30. - The disease that Fred J. Beainan's little girl has been guffering f rom, which has been puzzling the doctors for several days, has been decided to be smallpox. intense ex oitement prevails, on account of the number of persons supposed to have been exposed to the disease. The house has been quarantined. Schools wil probably be closed, as an epidemie is feared.