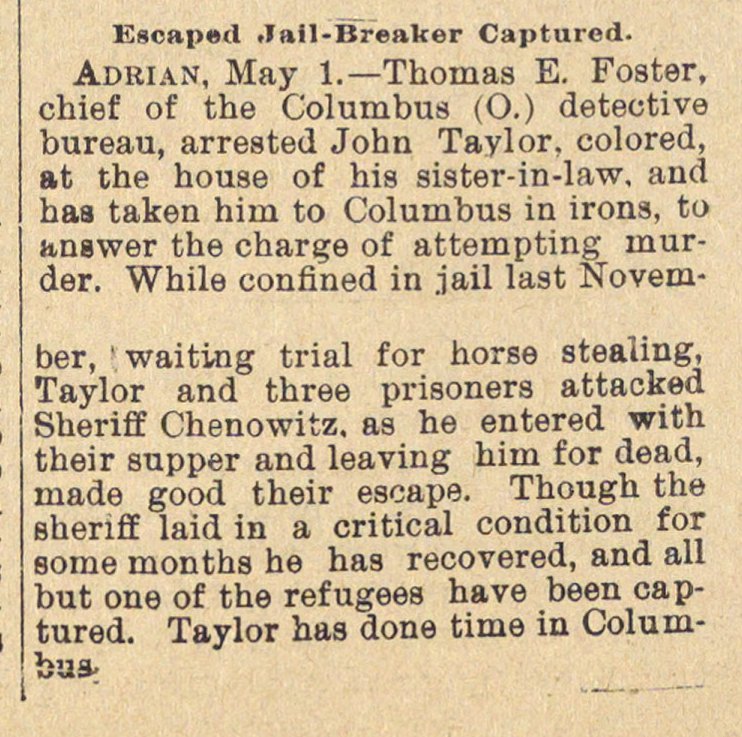 Adrián, May 1.- Thomas E. Foster, chief of the Columbus (O.) detective bureau, arrested John Taylor, oolored, at the house of his sister-in-law. and has taken him to Columbus in irons, to answer the charge of attempting marder. While confined in jail last November, waiting trial for horse stealing, Taylor and three prisoners attacked Sheriff Chenowitz. as he entered with their aupper and leaving him for dead, made good their escape. Though the sheriff laid in a critical condition for eome months he has recovered, and all but one of the refugees have been captured. Taylor has done time in Columba