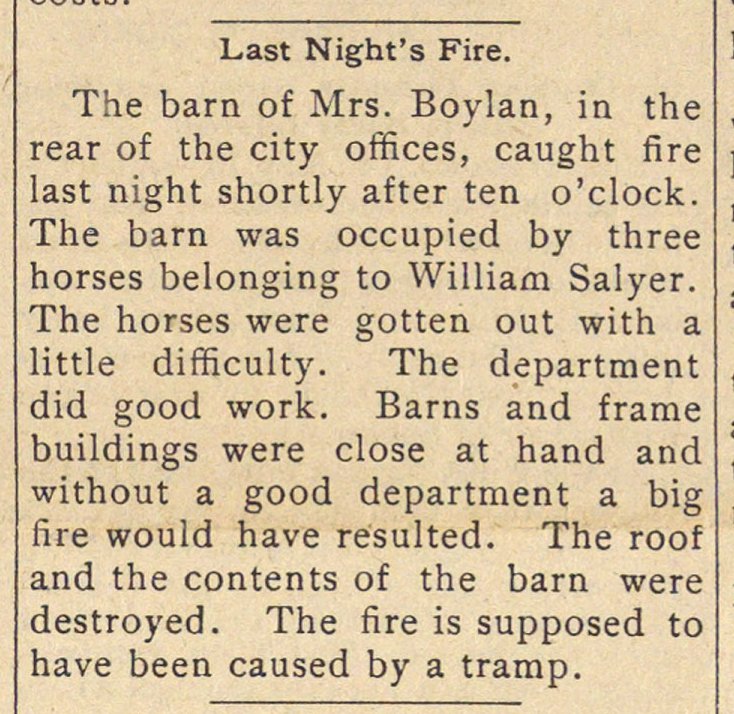 The barn of Mrs. Boylan, in the rear of the city offices, caught fire ast night shortly after ten o'clock. The barn was occupied by three ïorses belonging to William Salyer. The horses were gotten out with a ittle difficulty. The department did good work. Barns and frame juildings were close at hand and without a good department a big fire would have resulted. The roof and the contents of the barn were destroyed. The fire is supposed to lave been caused by a tramp.