Will Be Tried In June 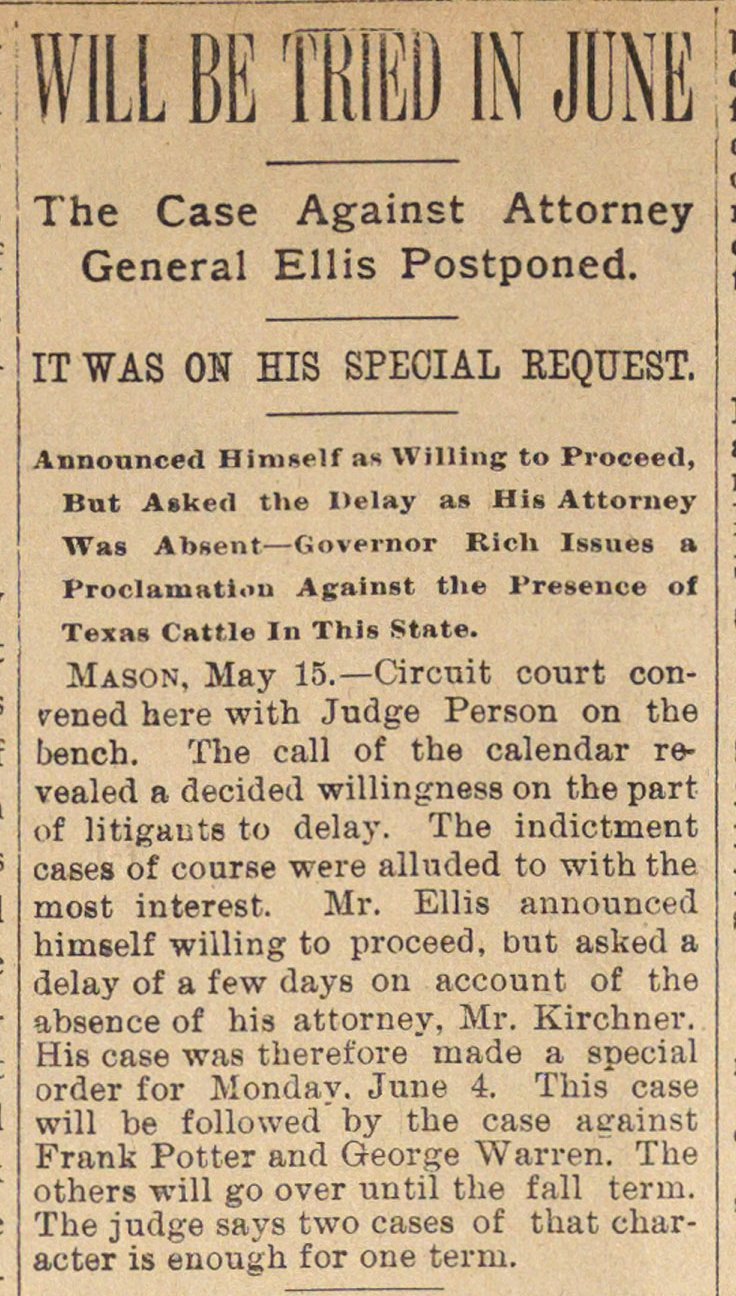 Masón, May 15. - Circuit court concened here with Judge Person on the bench. The cali of the calendar revealed a decided willingness on the part of litigante to delay. The indictment cases of course were alluded to with the most interest. Mr. Ellis announced himself willing to proceed, but asked a delay of a few days on account of the absence of his attorney, Mr. Kirchner. His case was therefore made a special order for Monday. June 4. This case will be followed' by the case atrainst Frank Potter and George Warren. The others will go over until the fall term. The judge says two cases of that eharacter is enough for one term.