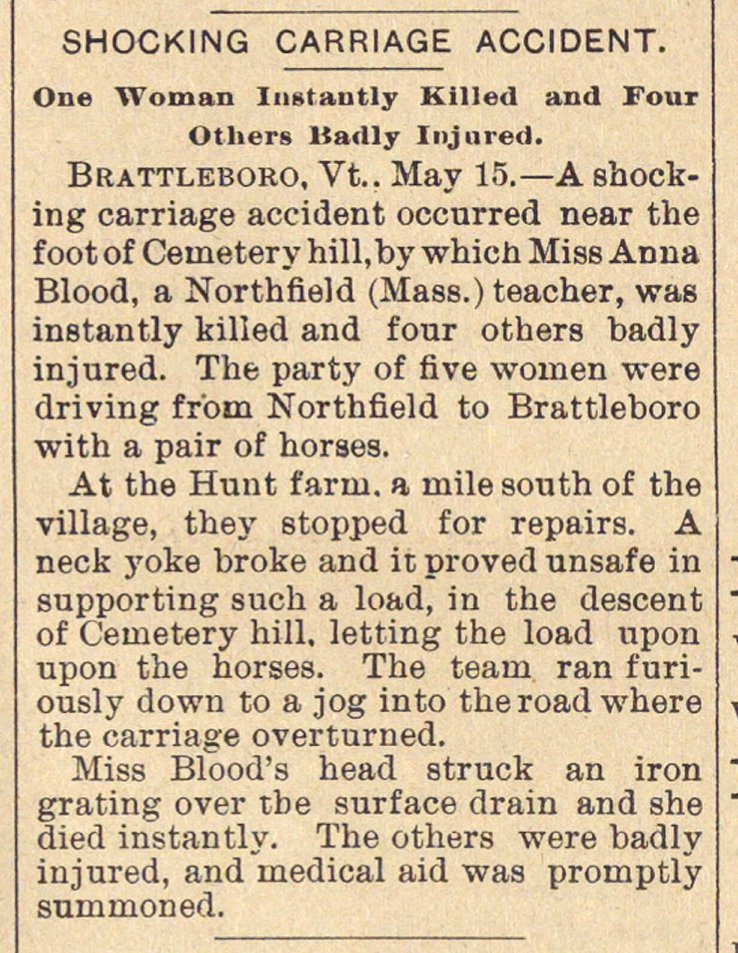 Brattleboro, Vt.. May 15. - A shocking carriage accident occnrred near the foot of Ceinetery hill.by which Miss Anna Blood, a Northfield (Mass.) teacher, was instantly killed and four others badly injured. The party of five woinen were driving fr'om Northfield to Brattleboro with a pair of horses. At the Hunt farm. a inilesouth of the village, they stopped for repairs. A neck yoke broke and it proved unsafe in supporting such a load, in the descent of C'enietery hill, letting the load upon upon the horses. The team ran furiously down to a jog into theroad where the carriage overtnrned. Miss Blood's head struck an iron grating over the surface drain and she died instantly. The others were badly injured, and medical aid was promptly summoned.