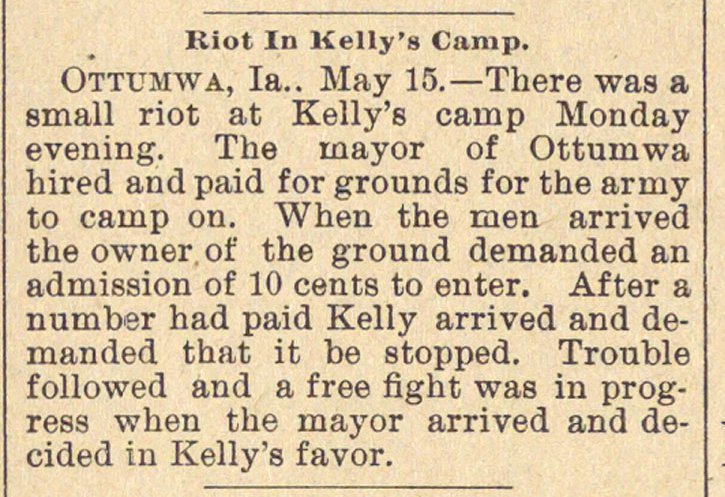 Ottumwa, Ia.. May 15. - There was a small riot at Kelly's camp Monday evening. The mayor of Ottumwa hired and paid f or grounds for the arrny to camp on. When the men arrived the owner. of the ground demanded an admission of 10 cents to enter. Af ter a number had paid Kelly arrived and demanded thut it be stopped. Tronble followed and a free fight was in progress when the mayor arrived and decided in Kelly's favor.