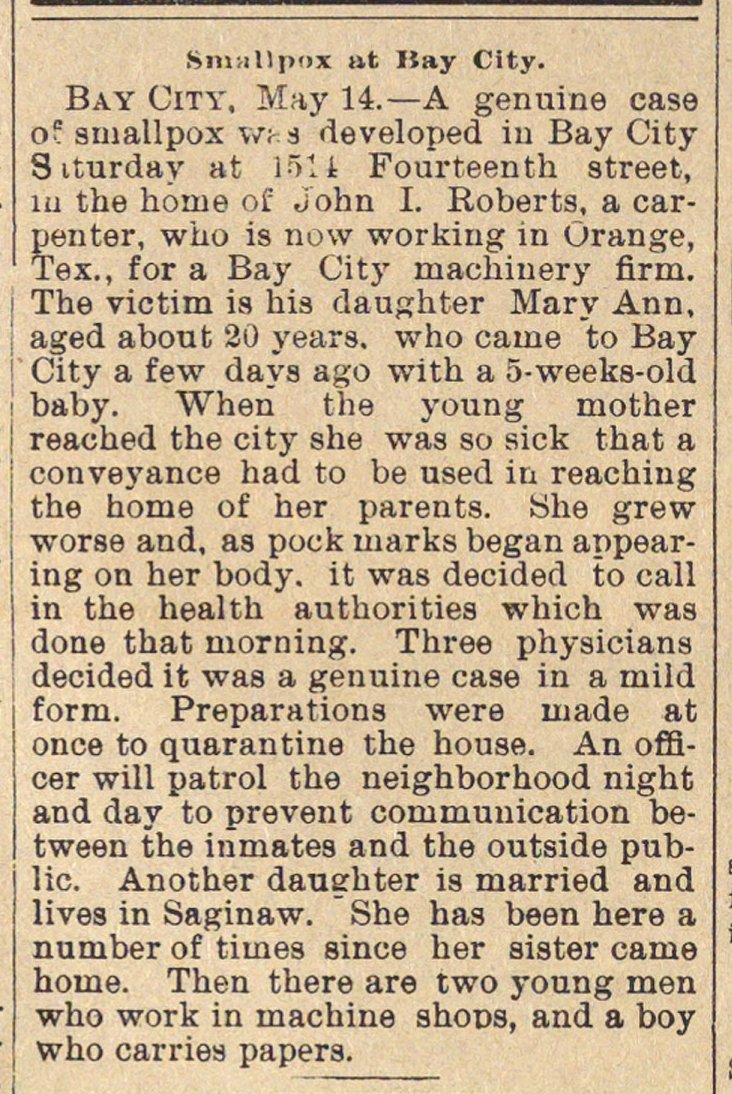 Bay City, May 14. - A germine case of smallpox ws ieveloped in Bay City S iturday at 1514 Fourteenth street, íii the home of John I. Roberts, a carpenter, who is now working in Orange, Tex., for a Bay City machiuery firm. The victim is his daughter Mary Ann, aged about 2ü years, who carne to Bay City a few days ago with a 5-weeks-old baby. When the young mother reaehed the city she was so sick that a conveyance had to be used in reaching the home of her parents. She grew worse and, as pock marks began appearing on her body. it was deoided to cal] in the health authorities which was done that morning. Three physicians decided it was a genuine case in a mild form. Preparations were made al once to quarantine the house. An ofilcer will patrol the neighborhood night and day to prevent communication between the inmates and the outside public. Another dauehter is married and lives in Saginaw. She has been here a number of times since her sister came home. Then there are two young men who work in machine shops, and a boy who carries papers.