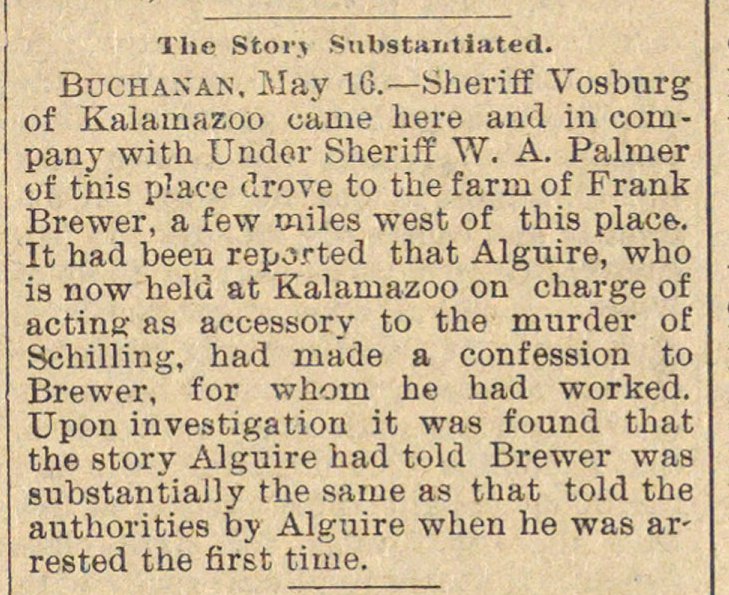 Buchaxan, May 16.- Sheriff Vosbnrg of Kalamazoo uame here aud in cotupany with Undor Sheriff W. A. Palmer of this place círove to the farin of Frank Brewer, a few miles west of this place. It had been repörted that Alguire, who ia now held at Kalainazoo on charge of actintr as accessory to the murder of Schilling, had made a confession to Brewer, for whom he had worked. Upon investigation it was found that the story Alguire had told Brewer was substantiaJly the same as that told the authorities by Alguire when he was arrested the first time.