Found In The River 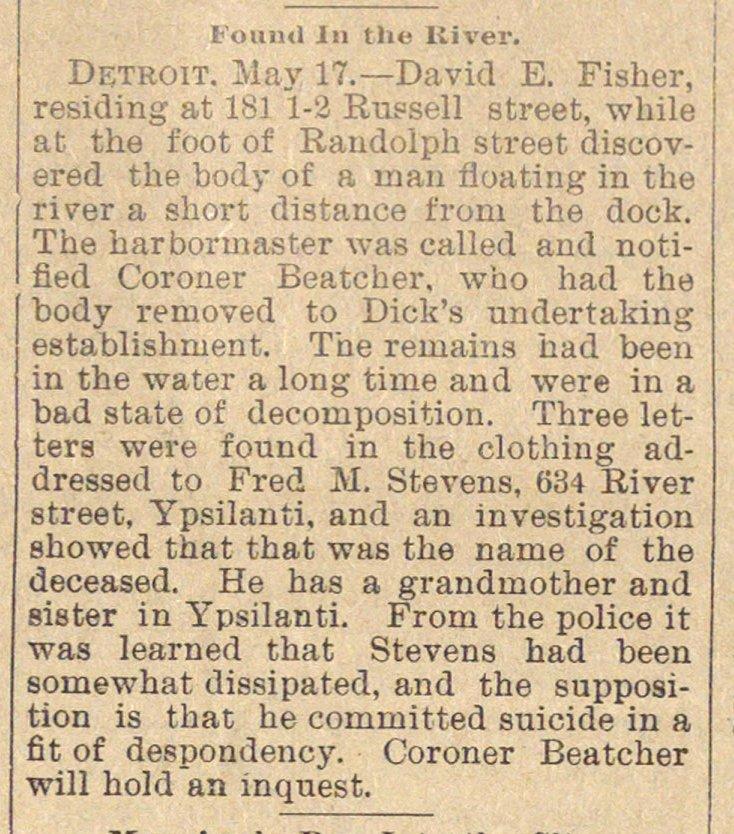 Detroit. May 17.- David E. Fisher, residing at 183 1-2 Russell street, while at the foot of Ratidolph street discovered the body of a man floating in the river a short distance f rom the dock. The harbormaster was called and notified Coroner Beatcher. who had the body removed to Dick's undertaking establishment. The remains had been in the water a long time and were in a bad state of decouiposition. Three letters were found in the clothing addressed to Fred M. Stevens, 634 River street, Ypsilanti, and an investigation showed that that was the name of the deceased. He has a grandmother and sister in Ypsilanti. From the pólice it was learned that Stevens had been somewhat dissipated, and the supposition is that he committed suicide in a fit of despondency. Coroner Beatcher will hold an inquest.