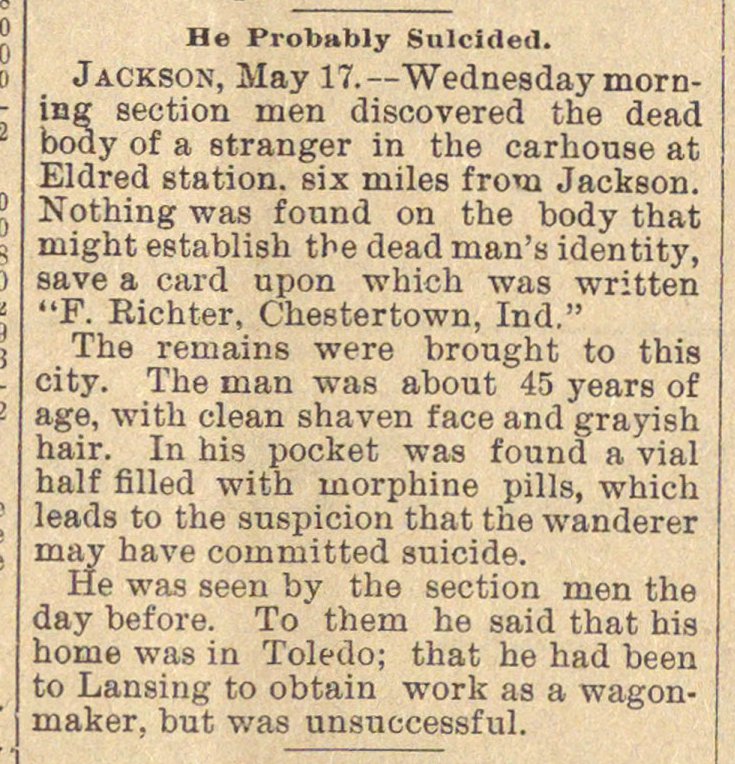 Jackson, May 17.- Wednesday morning 8eetion men discovered the dead body of a stranger in the carhouse at Eldred station, six miles from Jackson. Nothing was found on the body that might establish the dead man's identity, save a card upon which was written "F. Richter, Chestertown, Ind." The remains were brought to this city. The man was about 45 years of age, with clean shaven face and grayish lair. In his pocket was found a vial lalf filled with morphine pills, which eads to the suspicion that the wanderer may have coinmitted suicide. He was seen by the section men the day before. To them he said that his ïome was in Toledo; that he had been o Lansing to obtain work as a wagonmaker, but was unsuccessful.