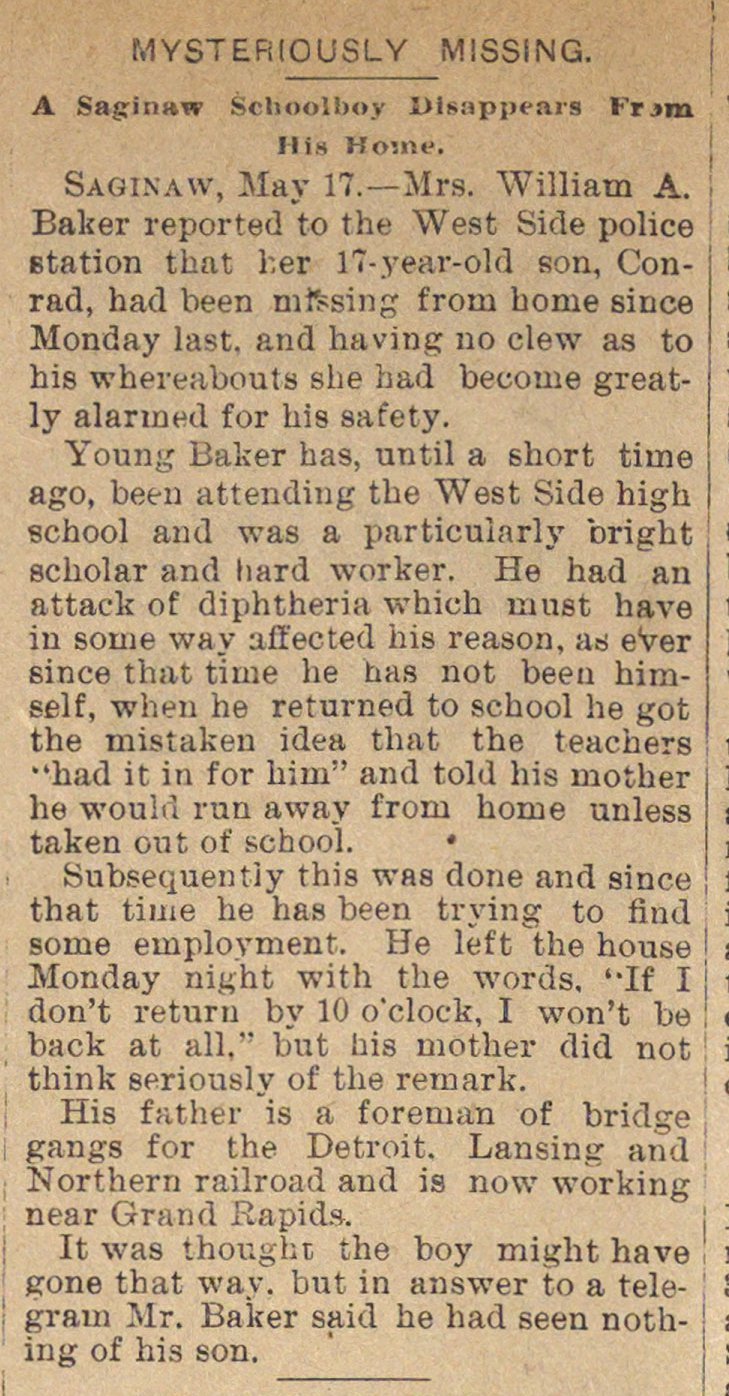 Saginaw, May 17. - Mrs. Wiiïiatn A. Baker reportad to the West Side pólice station that her 17-year-old son, Conrad, had been mftsing from home since Monday last. and having no clew as to his whereabouts she had becouie greatly alanned for bis safety. Young Baker has, until a short time ago, been attending the West Side high school and was a particuiarly bright acholar and hard werker. He had au attack of diphtheria which must have in souie way uffected his reason, as eVer since that time he has not been himself, when he returned to school he got the mistaken idea that the teachers "had it in for him" and told his mother he wonld run away from home unless taken out of school. Subsequentiy this was done and since that time he has been trying to find some euiployment. He left the house Monday night with the words, '"If I don't return by 10 o'clock, I won't be back at all," but his mother did not think seriously of the remarle. His fathér is a foreman of bridge gangs for the Detroit. Lansing and Northern railroad and is now working near Grand Rápida. It was tbxmghi the boy might have gone that way. but in answer to a telegram Mr. Baker said he had seen nothing of his son.