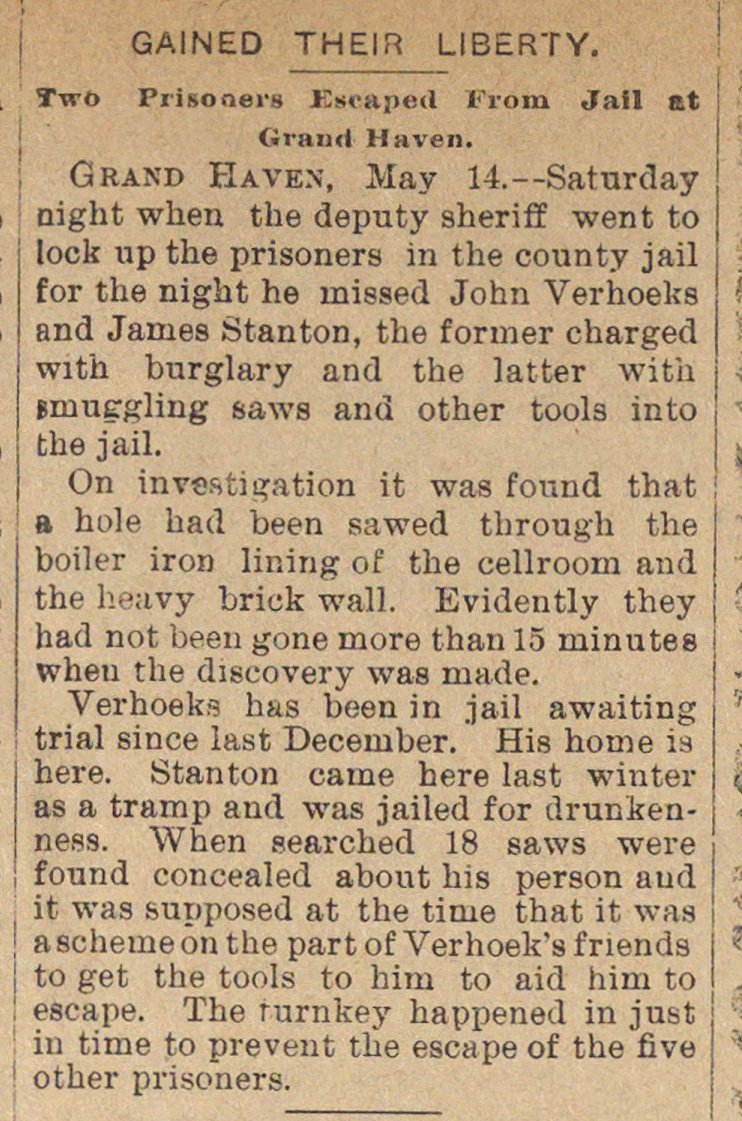 Grand Haven, May 14.- Saturday night when the deputy sheriff went to lock up the prisoners in the county jail for the night he rnissed John Verhoeks and James Stanton, the former charged with burglary and the latter with imuegliug saws and other tools into the jail. On investí t;ation it was found that i a hole had been sawed throngh the boiler iron lining of the cellrooni and the heavy briek wall. Evidently they had not been gone more than 15 minutes I wheu the diseovery was made. Verhoeks has been in jail awaiting trial since last December. His home is here. Stanton came here last winter as a tramp and was jailed for drunkenness. When searched 18 saws were found concealed about his person and I it was supposed at the time that it was ' a scheme on the part of Verhoek's f rienda i to get the tools to him to aid him to I escape. The rurnkey happened in just in time to prevent the escape of the five other prisoners.