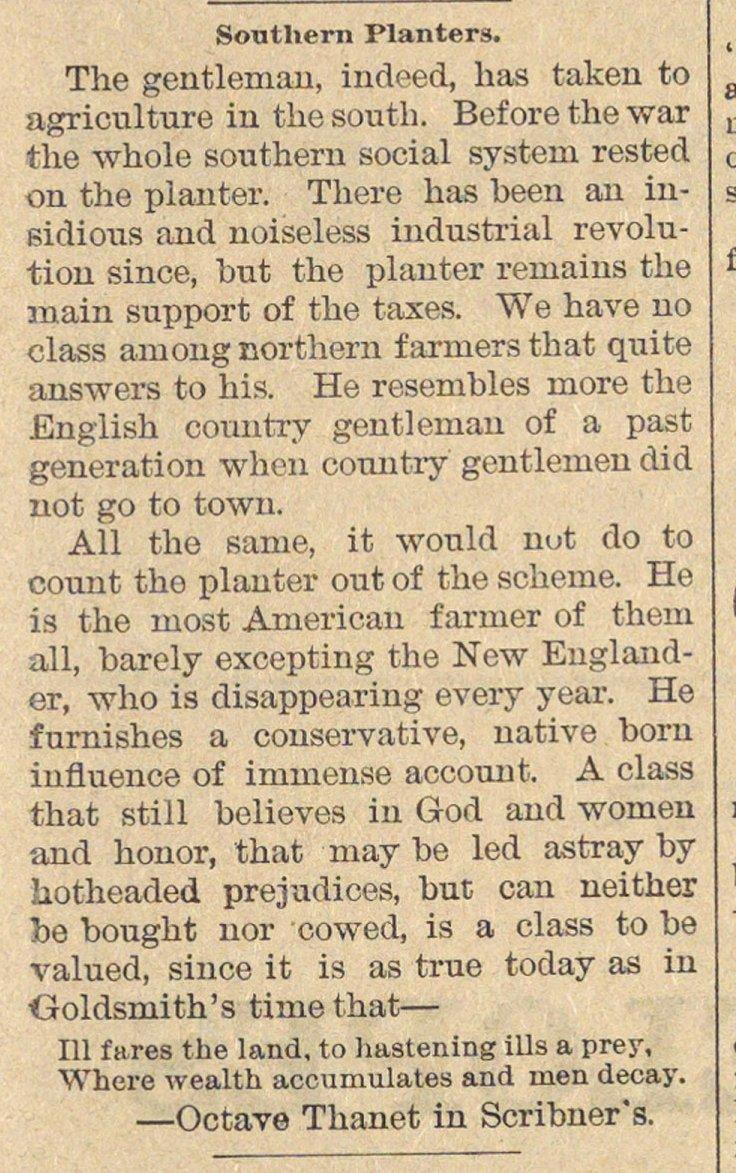 The gentleman, indeed, has taken to agriculture in the south. Bef ore the war the whole southern social system rested on the planter. There has been an insidious and noiseless industrial revolution since, but the planter remains the main support of the taxes. We have no class among northern farmers that quite answers to bis. He resembles more the English country gentleman of a past generation when country gentlemen did iiot go to town. All the same, it wonld nut do to count the planter out of the scheme. He ís the most American farmer of them all, barely excepting the New Englander, who is disappearing every year. He furnishes a conservative, native bom influence of immense account. A class that still believes in God and women and. honor, that may be led astray by hotheaded prejudices, but can neither be bought nor cowed, is a class to be valued, since it is as true today as in ■Goldsmith's time that - 111 fares the land, to liastening ills a prey, Whnrn wealth aconmulates and men decay.