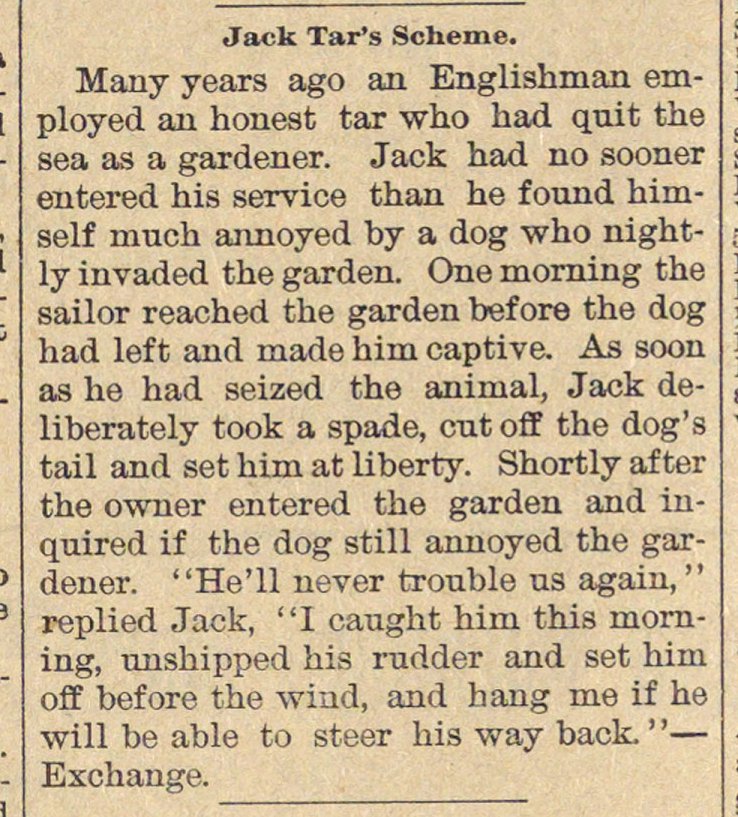 Many years ago an Englishman employed au honest tar who had quit the sea as a gardener. Jack had no sooner entered his service than he found himself niuch annoyed by a dog who nightly invaded the garden. One morning the sailor reached the garden bef ore the dog had lef t and made hiña captive. As soon as he had seized the animal, Jack deliberately took a spade, cutoff the dog's tail and set him at liberty. Shortly af ter the owner entered the garden and inquired if the dog still annoyed the gardener. "He'll never trouble us again, " replied Jack, "I caught him this morning, unshipped his rudder and set him off bef ore the wind, and hang me if he will be able to steer his way back. ' ' -