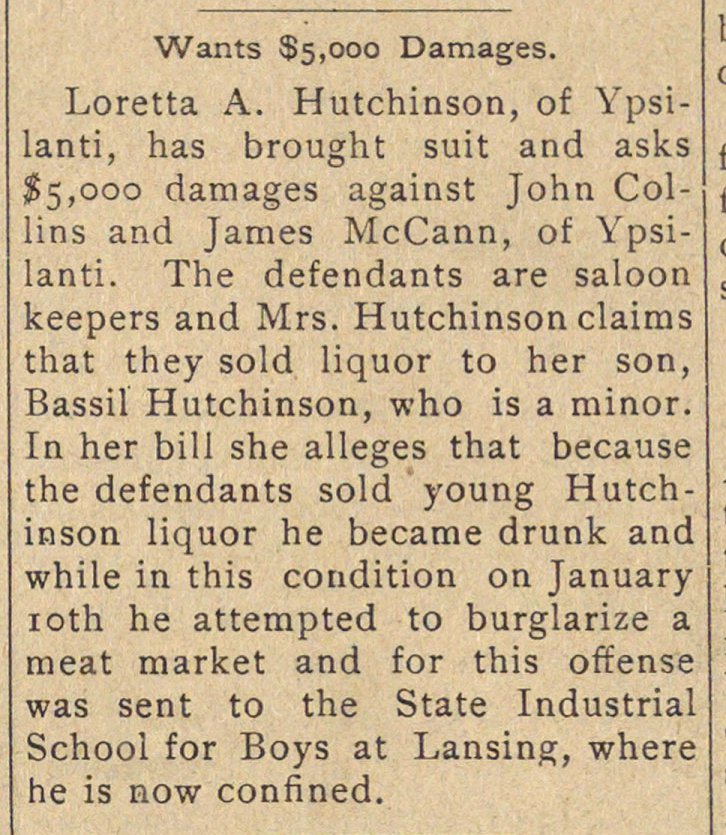 Loretta A. Hutchinson, of Ypsianti, has brought suit and asks 5,000 damages against John Colitis and James McCann, of Ypsianti. The defendants are saloon ceepers and Mrs. Hutchinson claims hat they sold liquor to her son, Bassil Hutchinson, who is a minor, n her bill she alleges that because he defendants sold young Hutchnson liquor he became drunk and while in this condition on January oth he attempted to burglarize a meat market and for this offense was sent to the State Industrial School for Boys at Lansing, where ie is now confined.