Have You Seen Him? 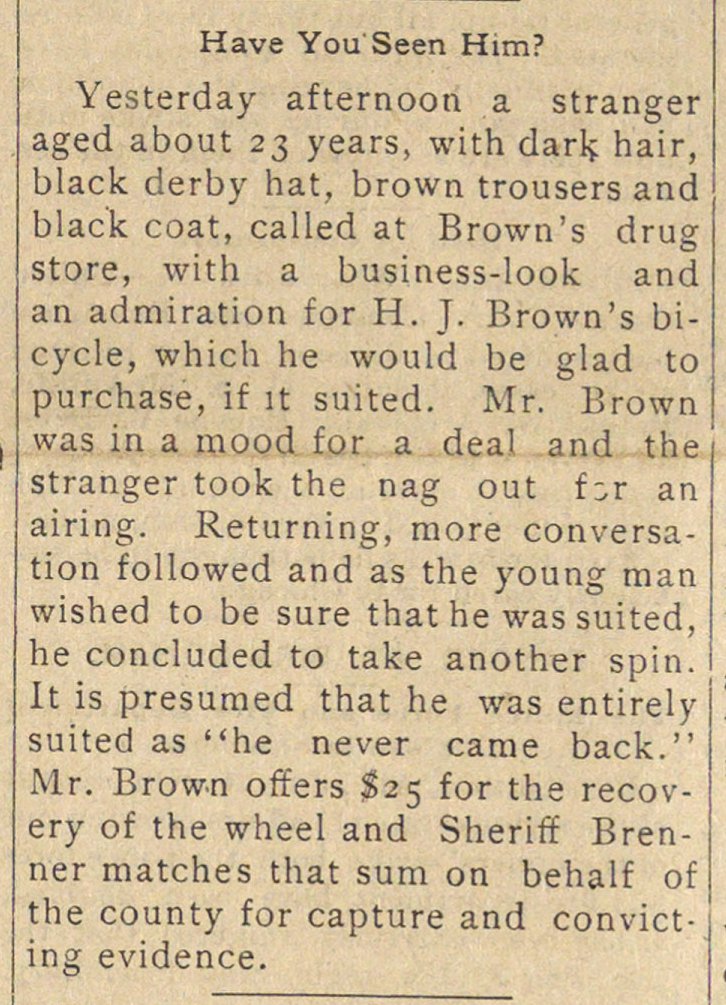 Yesterday afternoon a stranger aged about 23 years, with dark hair, black derby hat, brown trousers and black coat, called at Brown's drug store, with a business-look and an admiration for H. "[ Brown's bicycle, which he would be glad to purchase, if ït suited. Mr. Brown was in a mood for a deal and the stranger took the nag out f;r an airing. Returning, more conversation followed and as the young man wished to be sure that he was suited, he concluded to take another spin. It is presumed that he was entirely suited as "he never carne back." Mr. Brow.n offers $25 for the recovery of the wheel and Sheriff Brenner matches that sum on behalf of the county for capture and convicting evidence.