The Sort Of A Rooster He Is 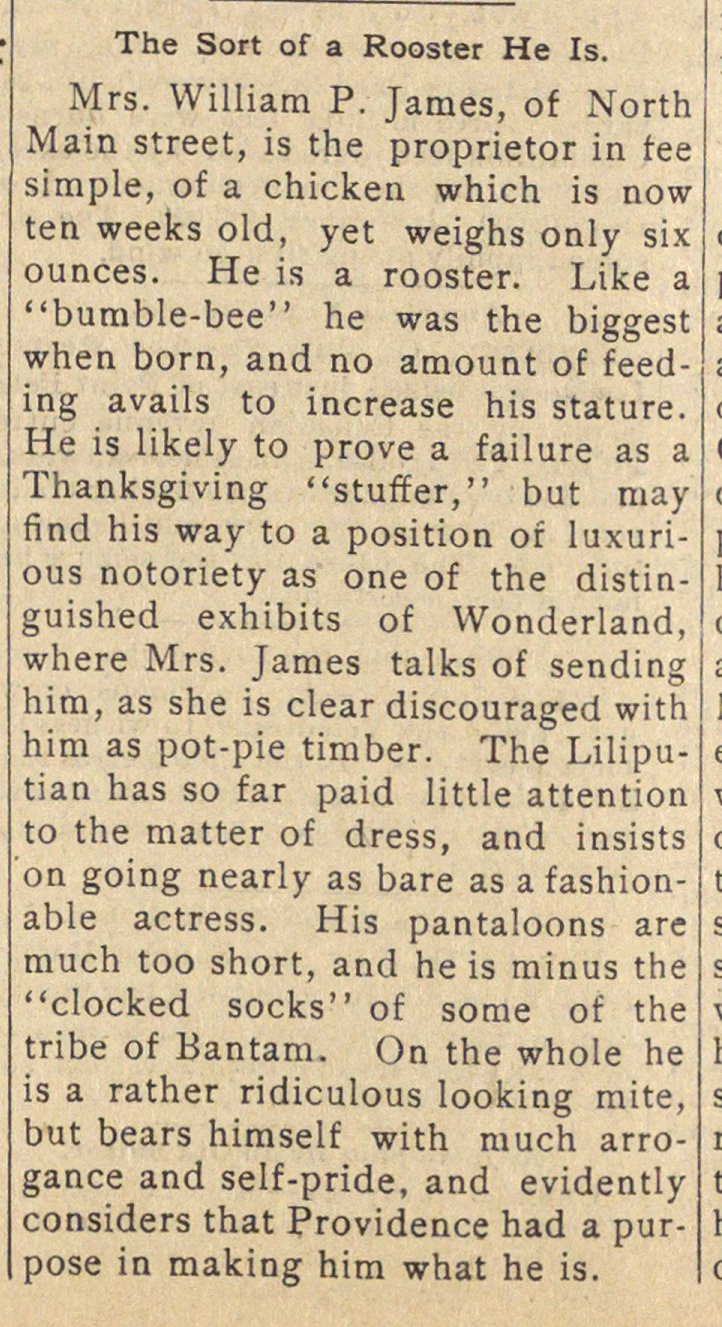 Mrs. William P. James, of North Main street, is the proprietor in fee simple, of a chicleen which is now ten weeks old, yet weighs only six ounces. He is a rooster. Like a "bumble-bee" he was the biggest when born, and no amount of feeding avails to increase his stature. He is likely to prove a failure as a Thanksgiving "stuffer," but may find his way to a position of luxurious notoriety as one of the distinguished exhibits of Wonderland, where Mrs. James talks of sending him, as she is clear discouraged with him as pot-pie timber. The Liliputian has so far paid Iittle attention to the matter of dress, and insists on going nearly as bare asafashionable actress. His pantaloons are much too short, and he is minus the "clocked socks" of some of the tribe of Bantam. On the whole he is a rather ridiculous looking mite, but bears himself with much arrogance and self-pride, and evidently considers that Providence had a purpose in making him what he is.