All But Thirty Reinstated 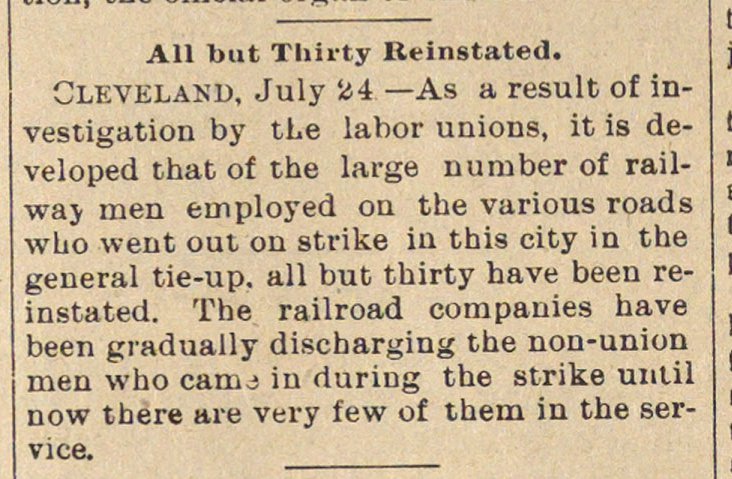 Clkveland, July 'i -As a result of investigaron by the labor unions, it is developed that of the large number of railwaj men employed oa the various roads who went out on strike iu this city in the general tie-up. all but tbirty have been reinstated. The railroad eompauies have been gradually discharging the non-union men who camj iu during the strike unlil now there are very few of them in the service.