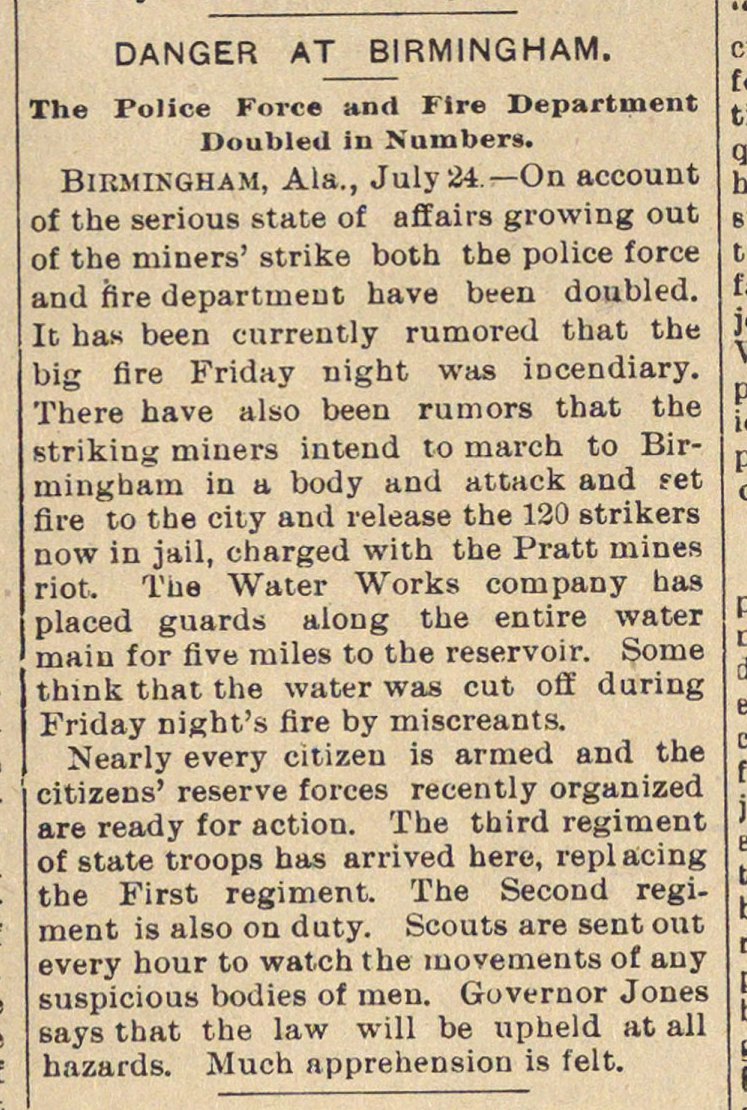 Birmikgham, Ala., July 24- On account of the serious state of affairs growing out of the miners' strike both the pólice forcé and fire departmeut have been doubled. It has been currently rumored that the big fire Friday night was iccendiary. There have also been rumors that the striking miuers intend to march to Birmingham in a body and attack and fet fire to the city and release the 120 strikers now in jall, charged with the Pratt mines riot. Tiia Water Works company has placed guards along the entire water maiu for five miles to the reservoir. Some think that the water was cut ofï during Friday night's fire by miscreants. Nearly every citizeu is armed and the citizens' reserve forces recently organized are ready for action. The tbird regiment of state troops has arrived here, replacing the First regiment. The Second regi ment is also on duty. Scouts are sent ou every hour to watch the movements of auy suspicious bodies of men. Governor Jone says that the law will be upheld at al hazards. Much apprehension is feit.