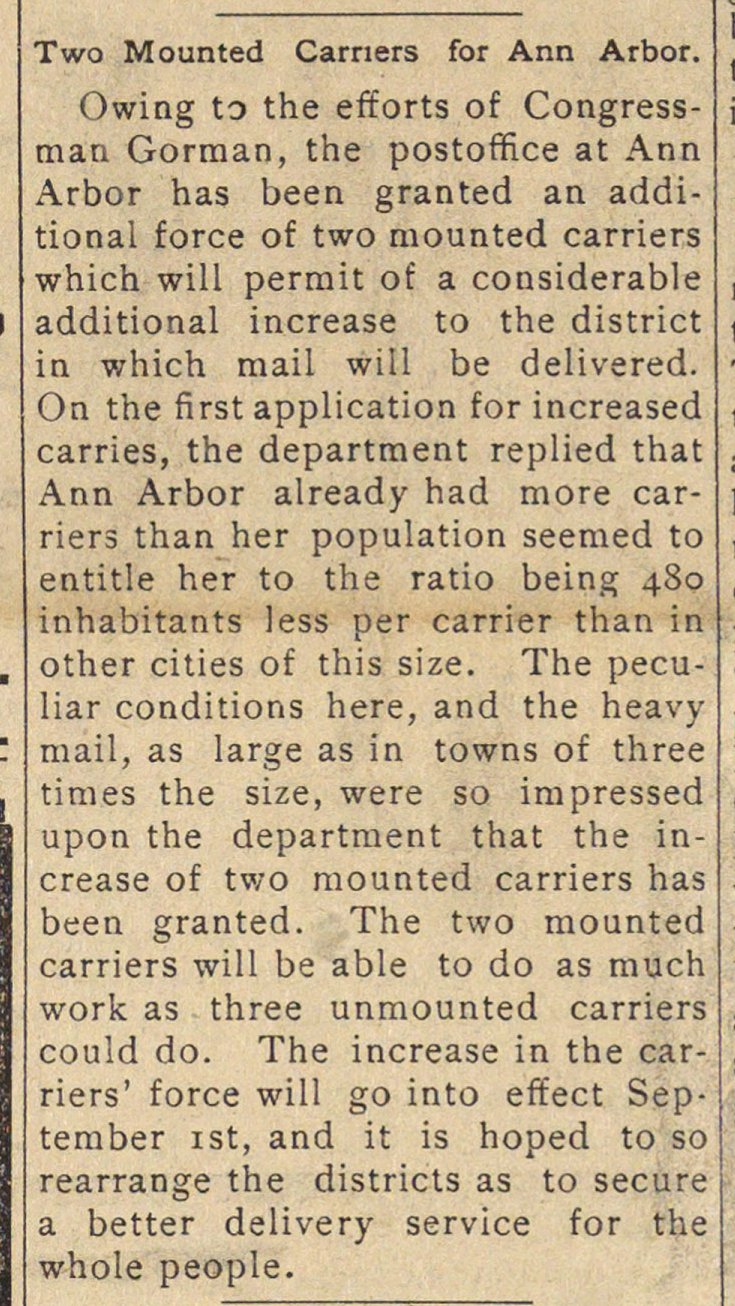 Owing to the efforts of Congressman Gorman, the postoffice at Ann Arbor has been granted an addi:ional force of two mounted carriers which will permit of a considerable additional increase to the district in which mail will be delivered. On the first application for increased carries, the department replied that Ann Arbor already had more carriers than her population seemed to entitle her to the ratio being 480 inhabitants less per carrier than in other cities of this size. The peculiar conditions here, and the heavy mail, as large as in towns of three times the size, were so impressed upon the department that the increase of two mounted carriers has been granted. The two mounted carriers will be able to do as much work as three unmounted carriers could do. The increase in the carriers' force will go into effect September ist, and it is hoped to so rearrange the districts as to secure a better delivery service for the whole people.