Homing Pigeons In The Navy 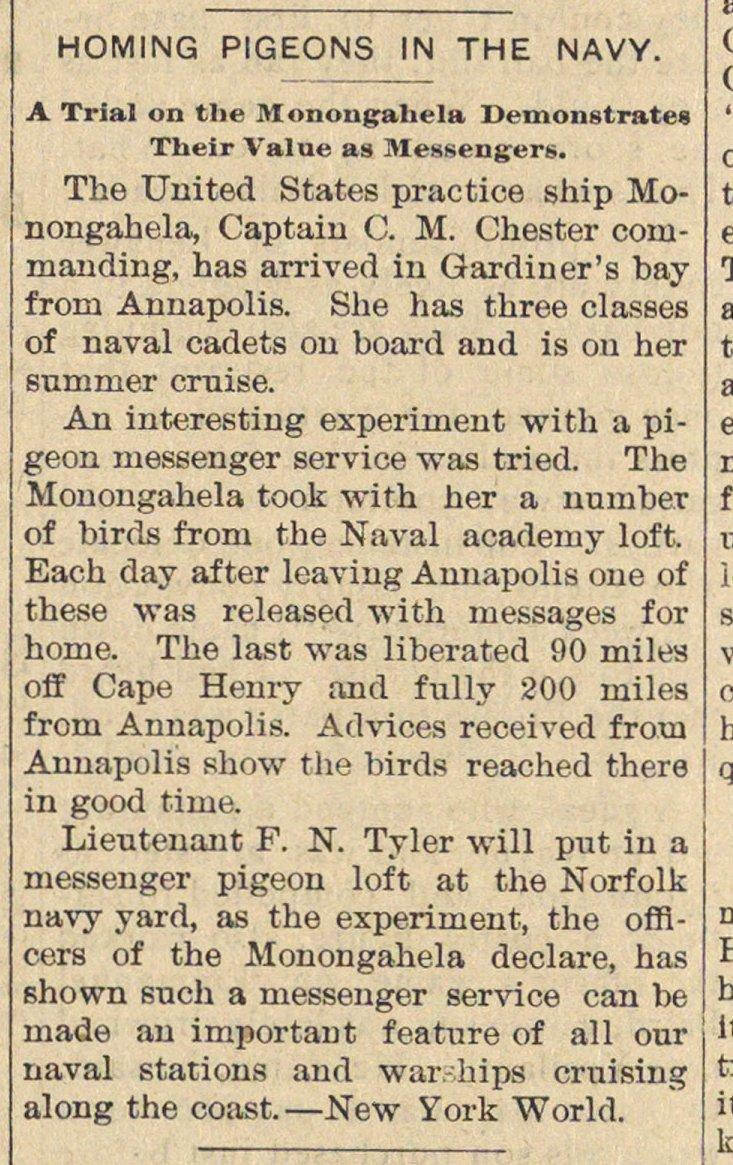 The United States practice ship Monongahela, Captain C. M. Chester coramanding, has arrived in Gardiner's bay frorn Annapolis. She has three classes of naval cadets on board and is on her sumrner cruise. An interesting experiment with a pigeon messenger service was tried. The Monongahela took with her a number of birds from the Naval academy loft. Each day af ter leaviug Annapolis one of these was released with messages for home. The last was liberated 90 miles off Cape Henry and fully 200 milos from Annapolis. Advices received froui Annapolis show the birds reached there in good time. Lieutenant F. N. Tyler will put in a messenger pigeon loft at the Norfolk navy yard, as the experiment, the officers of the Monongahela declare, has shown such a messenger service can be made an important feature of all our naval stations and war.-.hips cruising along the