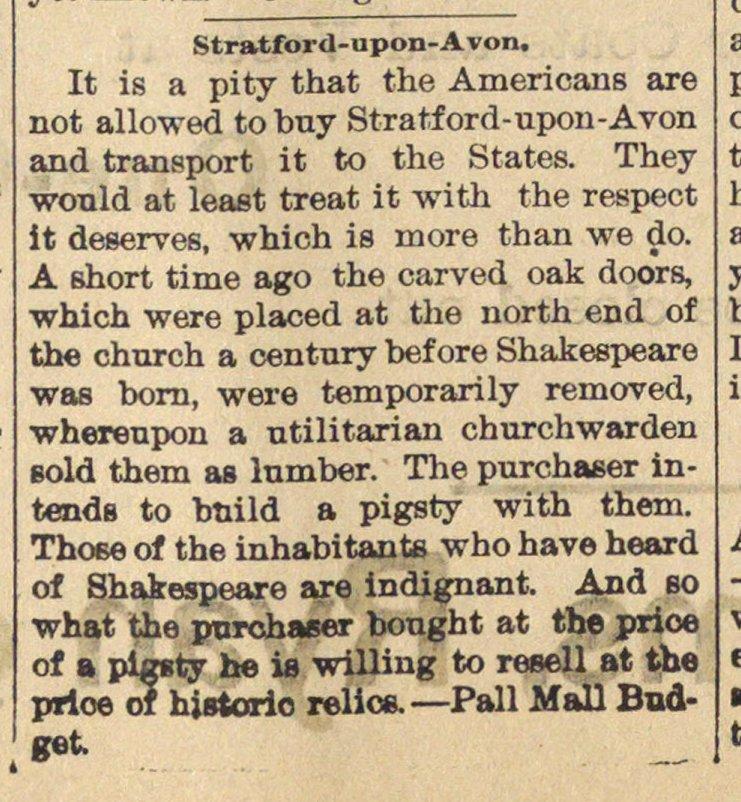 It is a pity that the Americana are not allowed to buy Stratford-upon-Avon and transport it to the States. They would at least treat it with the respect it deserves, which is more than we do. A short time ago the carved oak doors, which were placed at tlie north end of the church a centnry bef ore Shakespeare was born, were temporarily removed, wherenpon a utilitarian churchwarden sold them as lnmber. The purchaeer intends to bnild a pigsty with them. Tho6e of the inhabitante who have heard of Shakespeare are indignant. And so what the pnrohaser bonght at the prioe of a plasty he is willing to resell at the