The Baby's Name And Title 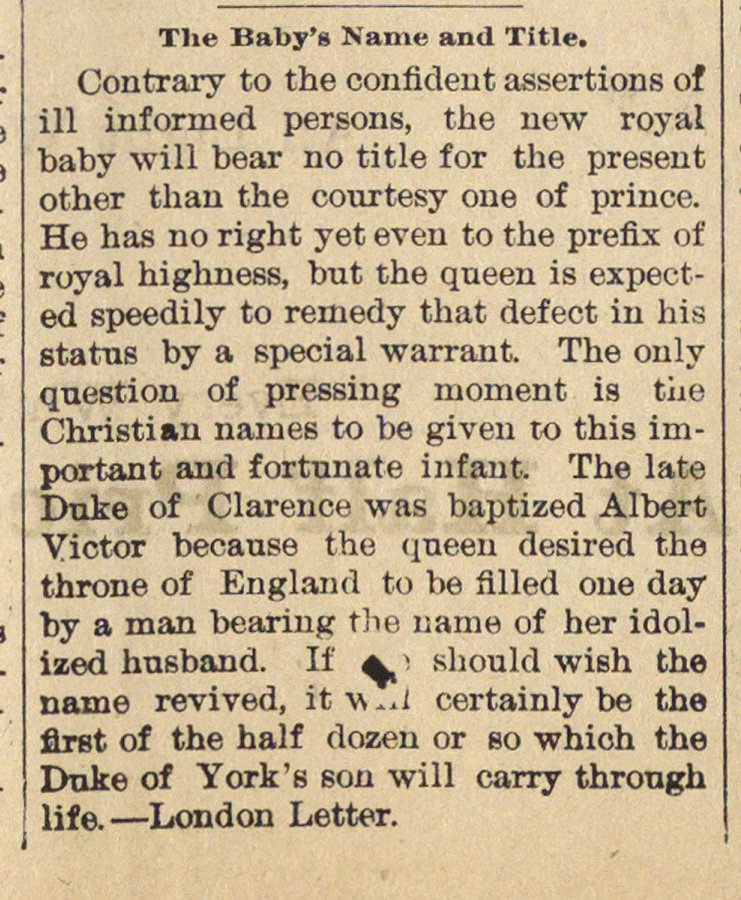 Contrary to the confideiit assertions oí ill informed persons, the uew royal baby will bear no title for the preseut other than the courtesy one of prince. He has no right yet even to the prefix of royal highness, but the queen is expected speedily to remedy that defect in his status by a special warrant. The ouly question of pressing moment is the Christian ñames to be given to this important and fortúnate iiifant. The late Duke of Clarence was baptized Albert Victor because the (ineen desired the throne of England to be filled oue day by a man hearing t!ie name of her idolized husband. If %,ï should wish the name revi ved, itM-.i certainly be the flrst of the half dozen or bo which the Duke of York's sou will carry through lite. -