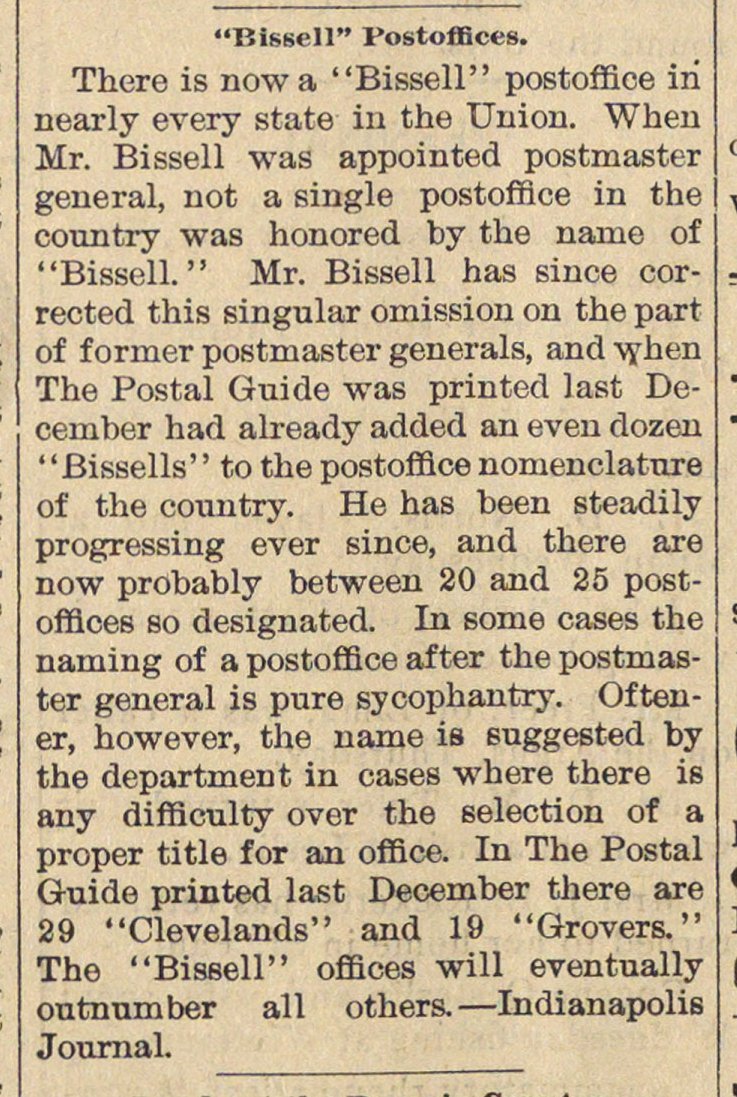 There is nowa "Bissell" postoffice iri nearly every state in the Union. When Mr. Bissell was appointed postmaster general, not a single postoffice in the country was honored by the name of "Bissell." Mr. Bissell has since corrected this singular omission on the part of f ormer postmaster generáis, and when The Postal Guide was printed last December had already added an even dozen "Bissells" to the postoffice nomenclature of the country. He has been steadily progressing ever since, and there are now probably between 20 and 25 postoffices so designated. In some cases the naming of a postoffice after the postmaster general is pure sycophantry. Oftener, however, the name is suggested by the department in cases where there is any difficulty over the selection of a proper title for an office. In The Postal Guide printed last December there are 29 "Clevelands" and 19 "Grovers. " The "Bissell" offices will eventually