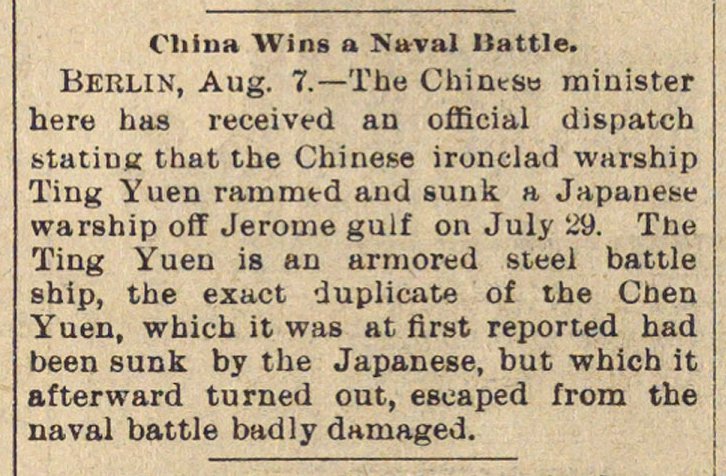 Berlín, Aug. 7. - The Chinesa minister here has received an official dispatch statius: that the Chinese ironclad warship Ting Yuen rammtd and sunk a Japanese warship off Jeroine gulf on July 29. The Ting Yuen is au armored steel battle ship, the exact duplícate of the Chen Yuen, whicb it was at first reponed had been sunk by the Japanese, but which it afterward turned out, eseaped f rom the naval battle badly damaged.