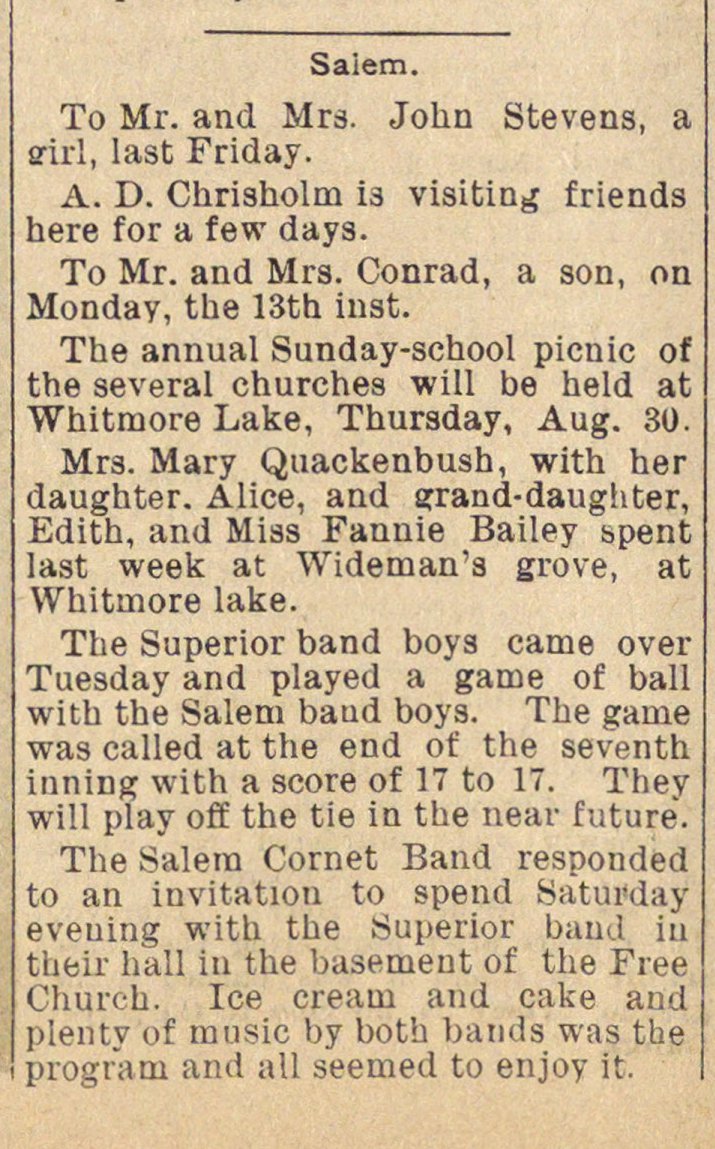 To Mr. and Mrs. John Stevens, a orirl, last Friday. A. D. Chrisholm 13 visiting friends here for a few days. To Mr. and Mrs. Conrad, a son, on Monday, the 13th inst. The annual Sunday-school picnic of the several churches will be held at Whitrnore Lake, Thursday, Aug. 3Ü. Mrs. Mary Quackenbush, with her daughter. Alice, and daughter, Edith, and ftlias Fannie Bailey bpent last week at Wideman's grove, at Whitinore lake. The Superior band boys came over Tuesday and played a game of ball with the Salem batid boys. The game was called at the end of the seventh inning with a score of 17 to 17. They will play off the tie in the near future. The Salem Cornet Band responded to an invitation to spend Saturday eveuing with the Superior baad in their hall in the basement of the Free Church. Ice creaui and cake and plenty of imisic by both bands was the program and all seerned to enjoy it.