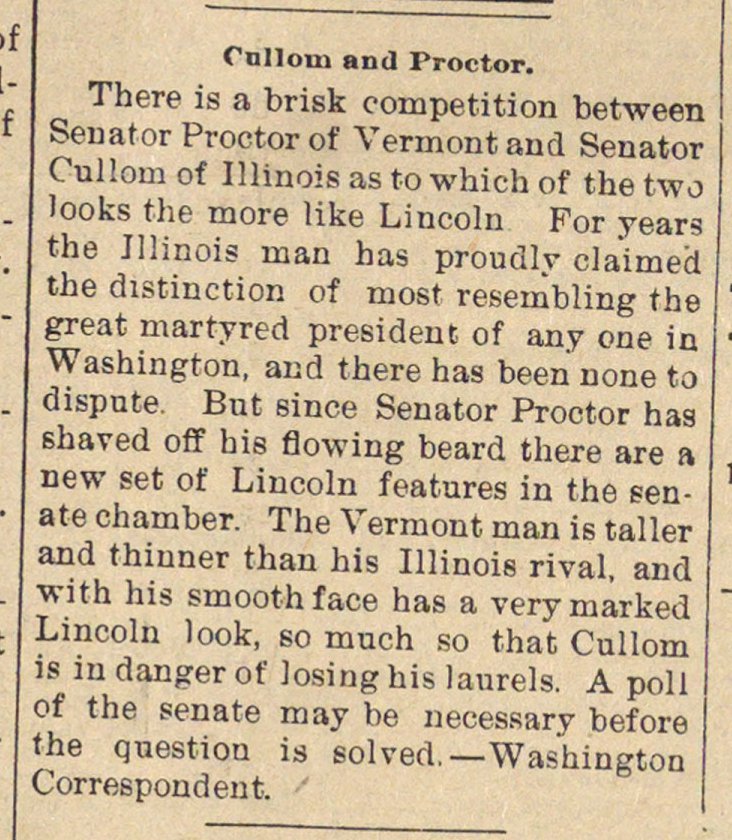 There is a brisk competition between Senator Proctor of Vermont and Senator Culloni of Illinois as to which of the twb looks the more like Lincoln Por years the Illinois man has proudly claimed the distinction of most resem'bling the great martyred president of any one in Washington, and there has been none to dispnte. Bnt since Senator Proctor has shaved off his flowing beard there are a new set of Lincoln features in the senate chamber. The Vermont man is taller and thiuner than his Illinois rival, and ■with his smoothface has a verymarked Lincoln look, so much so that Cullom ÍS in danger of losing bis laurels. A poll of the senate may be neeessary before