A German View Of Us 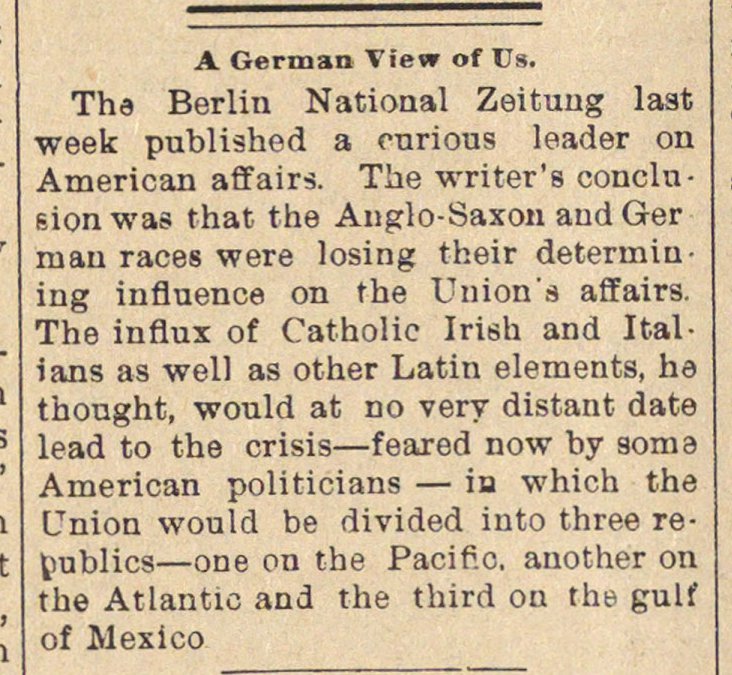 The Berlín National Zeituug laat week published a ourious leader on American affairs. The writer's conclusión was that the Anglo-Saxon aud Ger man races were losing their detennining influence on the Union's affairs. The influx of Catholic Irish and Italians as wel] as other Latin elements, ha thought, would at no very distant date lead to the crisis - feared now by soma American politicians - in which the Cnion would be divided into three retublics - one on the Pacif.c. auother on the Atlantic and the third on the gulf of Mexico