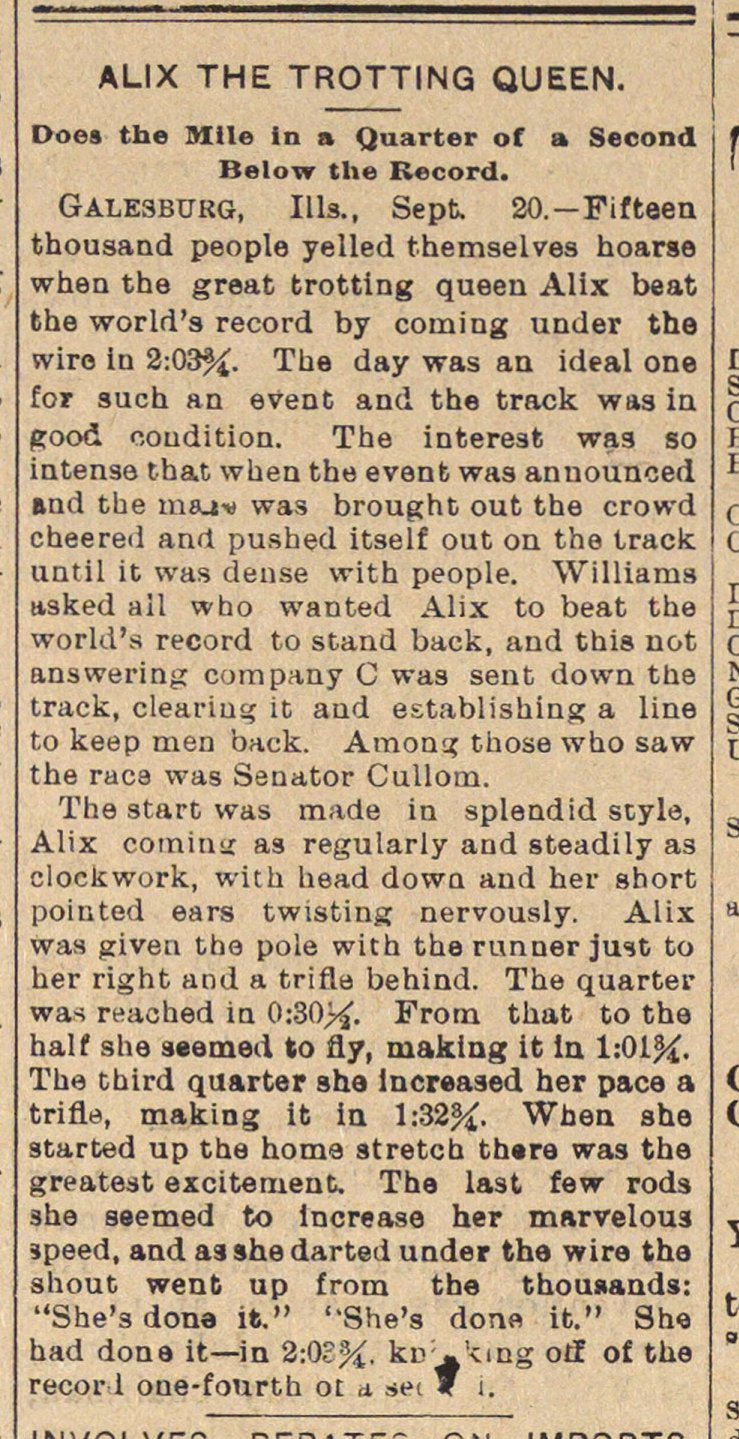 Galesburg, Hls., Sept. 20.- Fifteen thousand people yelled themselves hoarse when the great brotting queeu Alix beat the world's record by coming under the sviro In 2:03%. The day was au ideal one for such an event and the track was ia good loudition. The interest was so intense that when the event was announced nd the majw was brought out the crowd cheereii and pushed itself out on the track; until it was dense with people. Williams ttsked all who wanted Alix to beat the world's record to stand back, and this not answering: company C was sent down the track, clearing it and establishing a line to keep men back. Amon? those who saw the race was Senator Cullom. The start was made in spiend id style, Alix comiiiii as regularly and steadily as clockwork, with head down and her short pointed ears twisting nervously. Alix was given the pole with the runner just to her right and a trifle behind. The quarter was reaohed in 0:30. Frotn that to the half she seemed to fly, making it In 1:01%. The third quarter sha lncreased her pace a trifle, making it ia 1:32%. When she started up the home stretch thra was the greatest excitemenc. The last few rods she seemed to lncrease her marvelou-i speed, and as she darted under the wire the shout went up from the thousands: "She's dona it." "She's done it." She had done it- in 2:0?%. kc.king oiï oL the recorl one-fourth ot ,i sei T i.