It was President Cleveland who denounced... 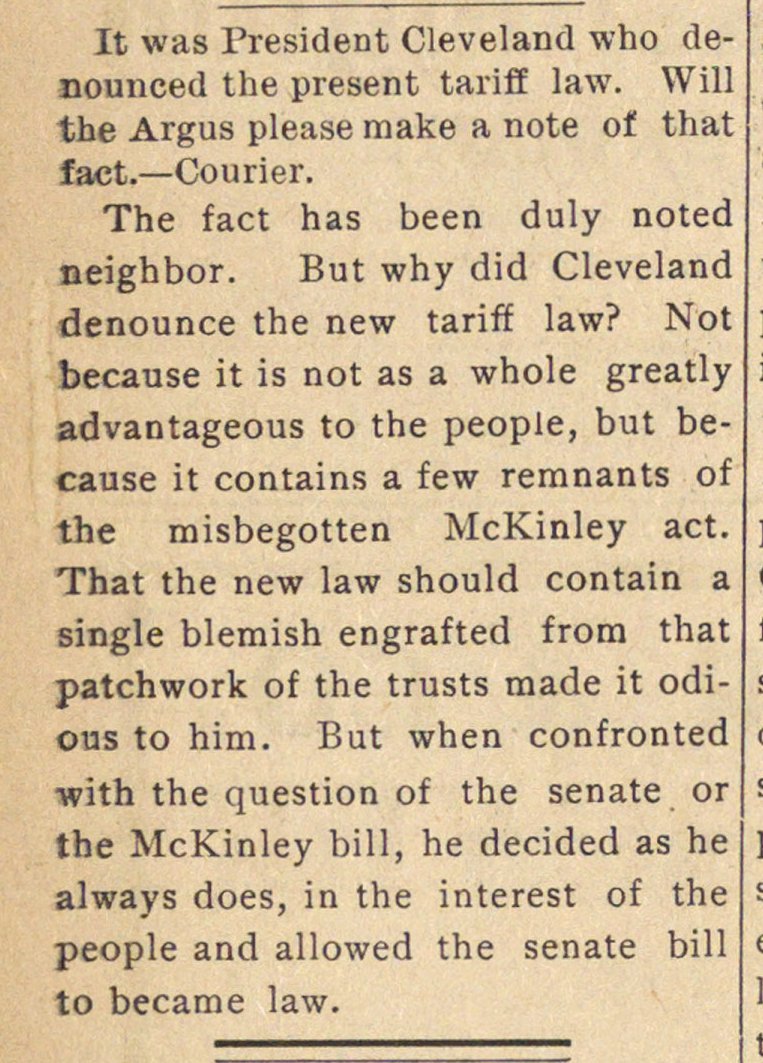 It was President Cleveland who denounced the present tarifE law. Will the Argus please make a note of that fact.- Courier. The fact has been duly noted neighbor. But why did Cleveland denounce the new tariff law? Not because it is not as a whole greatly advantageous to the people, but because it contains a few remnants of the misbegotten McKinley act. That the new law should contain a single blemish engrafted from that patchwork of the trusts made it odious to him. But when confronted with the question of the senate or the McKinley bil], he decided as he always does, in the interest of the people and allowed the senate bill to became law.