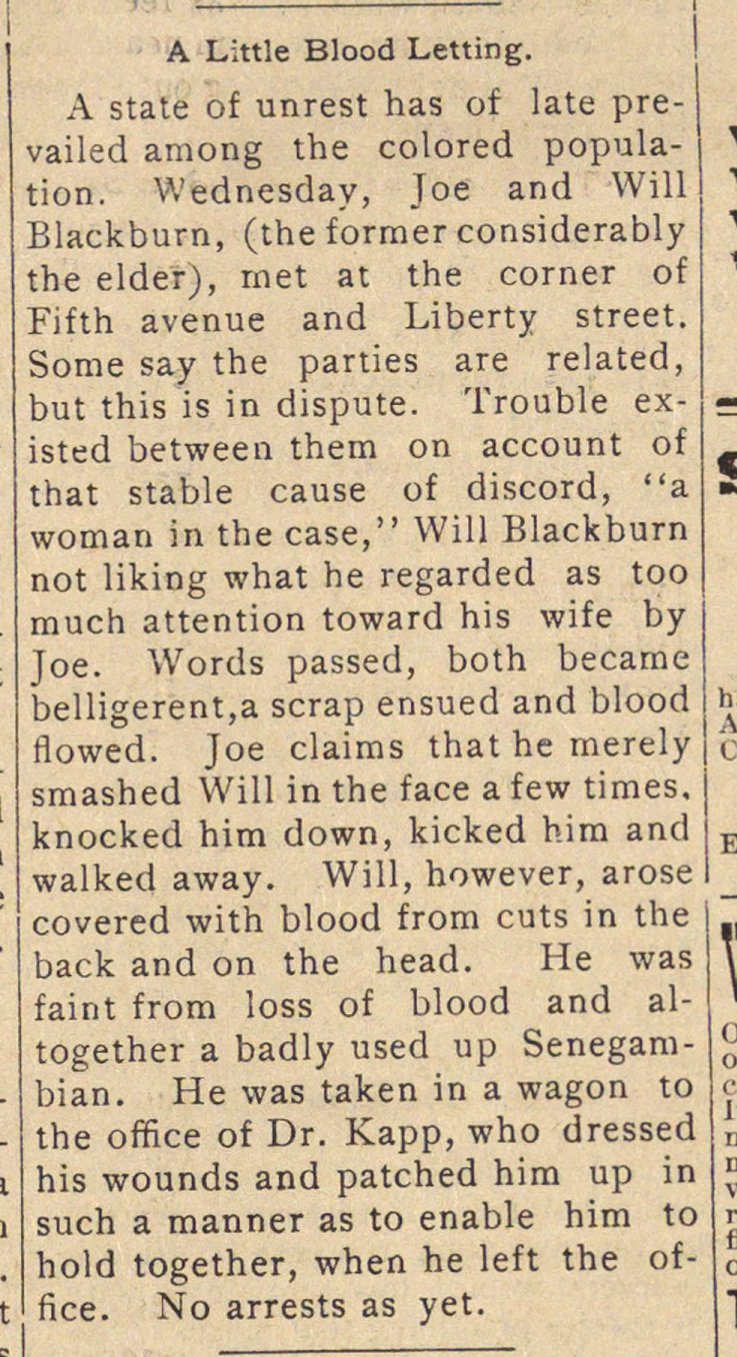 A state of unrest has of late prevailed among the colored population. Wednesday, Toe and Will Blackburn, (the former considerably the eider), rnet at the corner of Fifth avenue and Liberty street. Some say the parties are related, but this is in dispute. Trouble existed between them on account of that stable cause of discord, "a woman in the case," Will Blackburn not liking what he regarded as too much attention toward his wife by Joe. Words passed, both became belligerent,a scrap ensued and blood flowed. Joe claims that he merely smashed Will in the face a few times, knocked him down, kicked bim and walked away. Will, however, arose covered with blood from cuts in the back and on the head. He was faint from loss of blood and altogether a badly used up Senegambian. He was taken in a wagon to the office of Dr. Kapp, who dressed his wounds and patched him up in such a manner as to enable him to hold together, when he left the office. No arrests as yet.