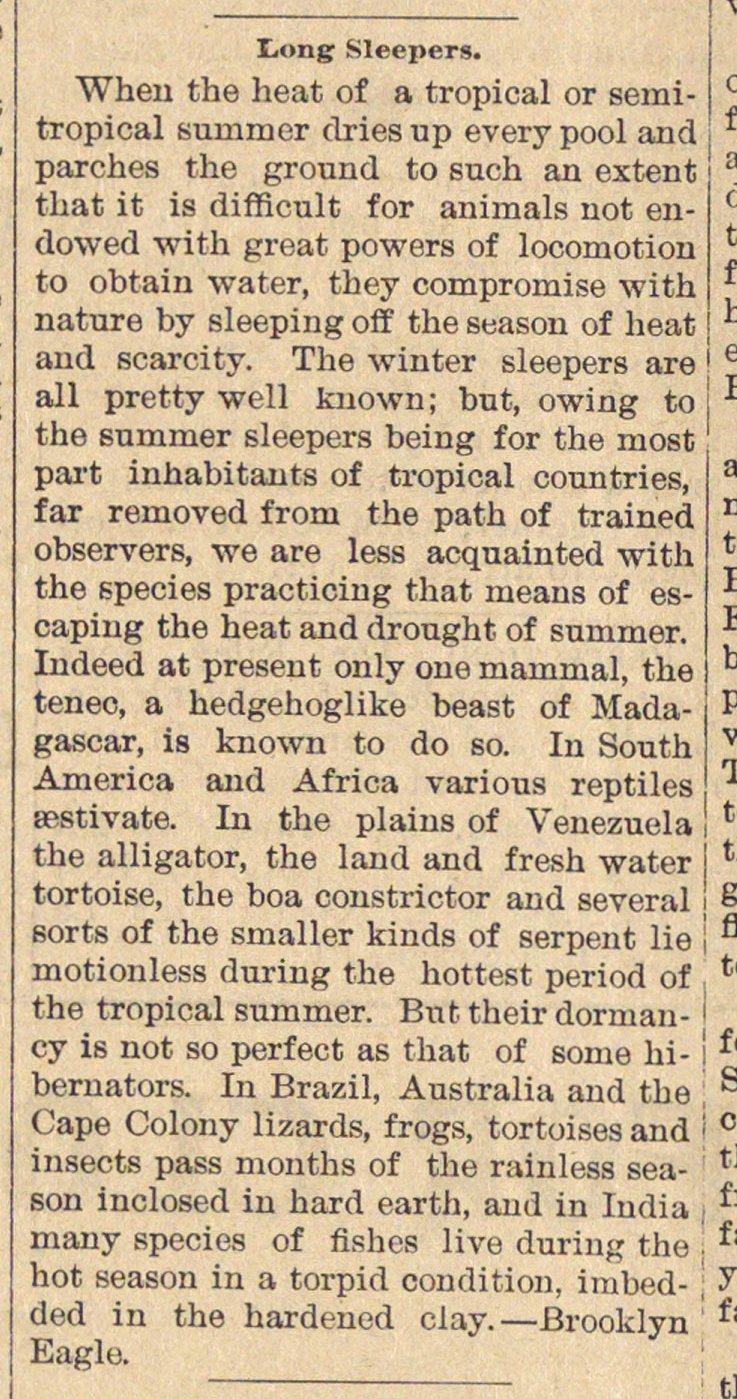 When the heat of a tropical or semitropical summcr dries up every pool and parches the ground to such an extent that it ia difficult for animáis not endowed with great powers of locomotion to obtain water, they compromise with nature by sleeping off the season of heat I and scarcity. The winter sleepers are ! all pretty well known; but, owing to j the snmmer sleepers being for the most part inhabitants of tropical countries, far removed froni the path of trained observers, we are less acquainted with the species practicing that means of escaping the heat and drought of sunimer. Indeed at present only one mammal, the I tenec, a hedgehoglike beast of Madagascar, is known to do so. In South America and África various reptiles asstivate. In the plains of Venezuela ! the alligator, the land and fresh water j tortoise, the boa constrictor and several eorts of the smaller kinds of serpent lie i motionless during the hottest period of the tropical summer. But their cy is not so perfect as that of some j bernators. In Brazil, Australia and the ! Cape Colony lizards, frogs, tortoises and insects pass months of the rainless season inclosed in hard earth, and in India i many species of fishes live during the ; hot season in a torpid oondition.