How Carnot Was Named 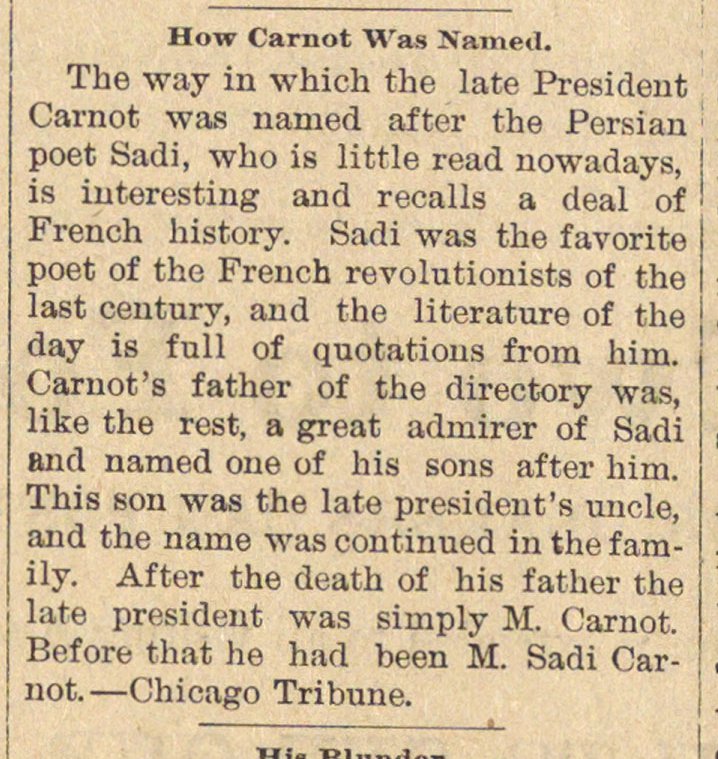 The way in which the late President Carnot was named after the Persïan poet Sadi, who is little read nowadays, is interesting and recalls a deal of French liistory. Sadi was the favorito poet of the French revolutionists of the last century, and the literatura of the day is fnll of quotations from him. Carnot 's father of the directory was, like the rest, a great admirer of Sadi and named one of his sons after him. This son was the late president's uncle, and the name was continued in the f amily. After the death of his father the late president was simply M. Carnot. Before that he had been M. Sadi HOt. -