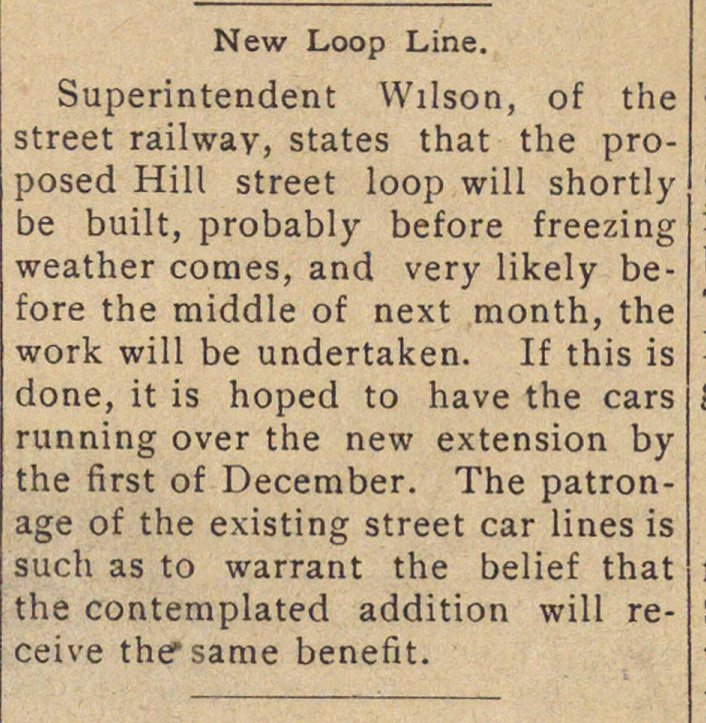 Superintendent Wilson, of the itreet railway, states that the proiosed Hill street loop will shortly ae built, probably before freezing weather comes, and very likely beEore the middle of next month, the vork will be undertaken. If this is ione, it is hoped to have the cars running over the new extensión by the first of December. The patronige of the existing street car lines is uch as to warrant the belief that :he contemplated addition will re:eive the same benefit.