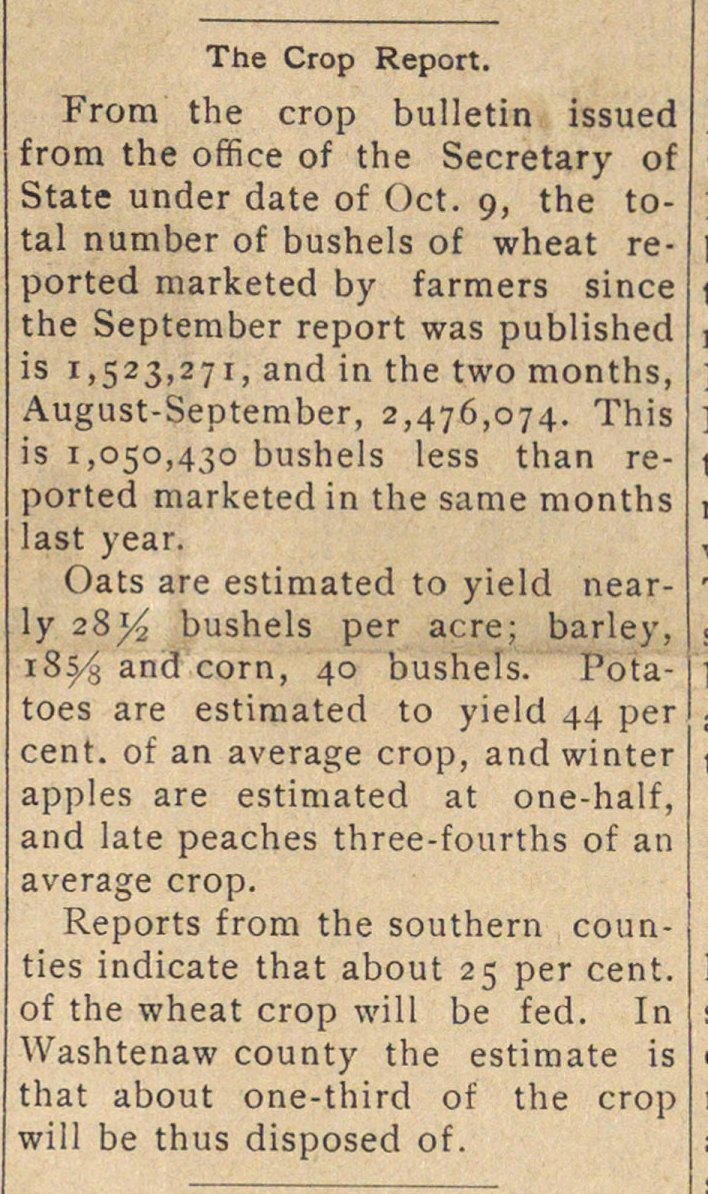 From the erop bulletin issued from the office of the Secretary of State under date of Oct. 9, the total number of bushels of wheat reported marketed by farmers since the September report was published is 1,523,271, and in the two months, August-September, 2,476,074. This is 1,050,430 bushels less than reported marketed in the same months last year. Oats are estimated to yield nearly 28% bushels per acre; barley, 185J and corn, 40 bushels. Potatoes are estimated to yield 44 per cent. of an average erop, and winter apples are estimated at one-half, and late peaches three-fourths of an average erop. Reports from the southern counties indícate that about 25 per cent. of the wheat erop will be fed. In Washtenaw county the estímate is that about one-third of the erop will be thus disposed of.