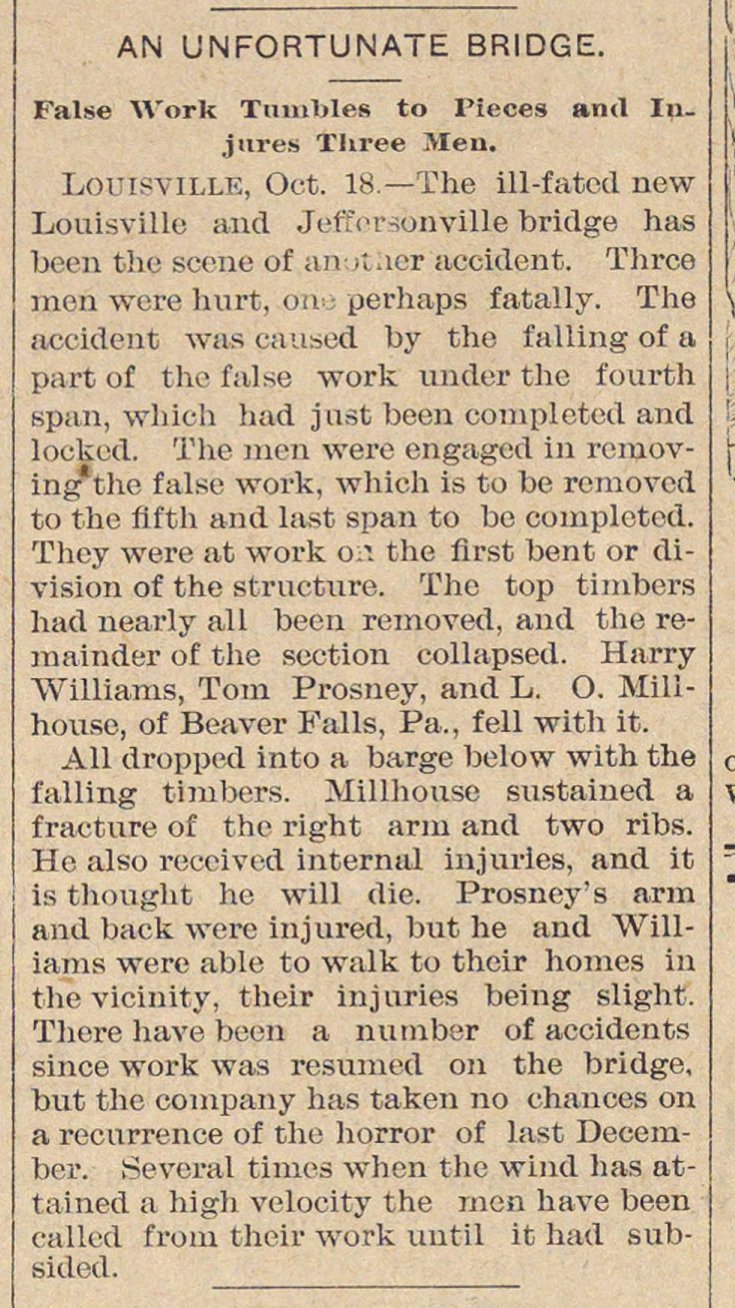 Louisville, Oct. 18. - ïhe ill-fated new Louisvillc and JeffersönVille bridge has been the scène of au ;.ier accident. Thrce men were hurt, on ■ perliaps fatally. The accident was caused by the falling of a part of the false work under the fourth span, which had just been complcted and locked. The men were engaged in removiníí'tlie false work, which is to be removed to the fifth and last span to bc coinpleted. ïhcy were at work on the first bent or división of the structure. The top timbers had nearly all been removed, and the remamder of the section collapsed. Harry Williams, Torn Prosney, and L. O. Mulhouse, of Beaver Falle, Pa,, feil with it. All dropped into a barge below with the falling timbers. Millhouse snstained a fracture of the right arm and two ribs. He also reoeived internal injuries, and it is thought he will die. Prosney's arm and back were injured, but he and Williams were able to walk to thoir homes in the vicinity, their injuries being slight. Tliere have been a number of accidents since work was resumed on the bridge, but the company has taken no chances on a recurrence of the liorror of last December. Severa! times when the wind has attained a high velocity the men have been ealled f rom their work uutil it had subsided.