Retaliation On An Editor 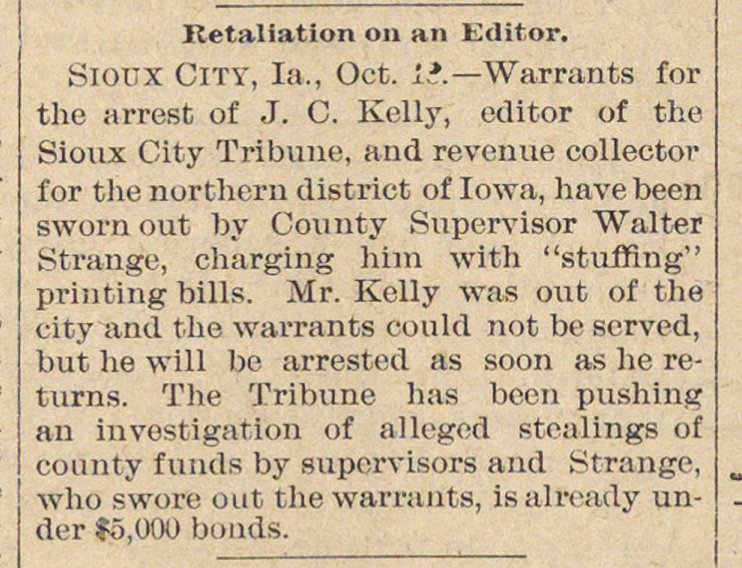 Sioux City, Ia., Oct. ii. - Warrants for the arrest of J. C. Kelly, editor of the Sioux City Tribune, and revcnue collector for the northern district of Iowa, have been sworn out by Coimty Supervisor Wal ter Strange, charging hfcm with "stuffing" printing bilis. Mr. Kelly was out of the city and the warrants could not be served, but he will be arrestad as soon as he returns. The Tribune has been pushing an invostigation of alleged stealings of county funde by supervisors and Strange, who swore out the warrants, isalrcady under $5,00Ü bonds.