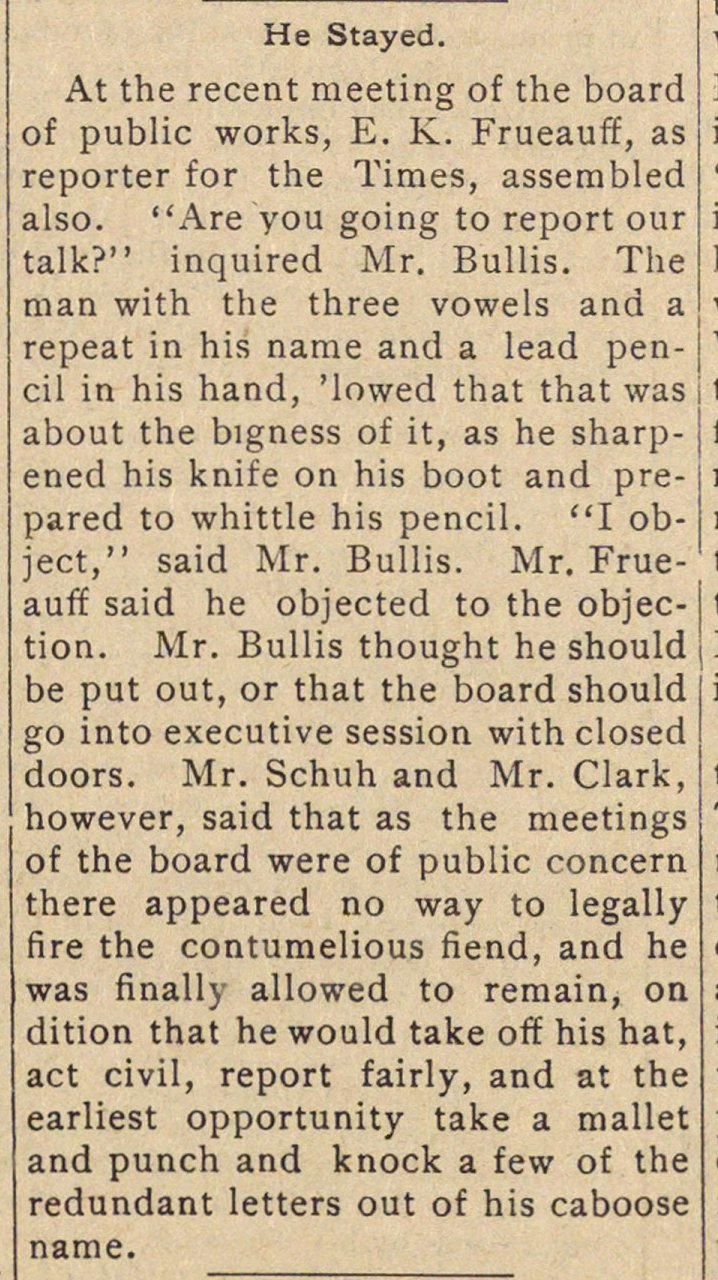 At the recent meeting of the board of public works, E. K. Frueauff, as reporter for the Times, assembled also. "Are you going to report our talk?" inquired Mr. Bullis. The man with the three vowels and a repeat in his name and a lead pencil in his hand, 'lowed that that was about the bigness of it, as he sharpened his knife on his boot and prepared to whittle his pencil. "I object," said Mr. Bullis. Mr. Frueauff said he objected to the objection. Mr. Bullis thought he should be put out, or that the board should go into executive session with closed doors. Mr. Schuh and Mr. Clark, however, said that as the meetings of the board were of public concern there appeared no way to legally fire the contumelious fiend, and he was finally allowed to remain, on dition that he would take off his hat, act civil, report fairly, and at the earliest opportunity take a mallet and punch and knock a few of the redundant letters out of his caboose name.