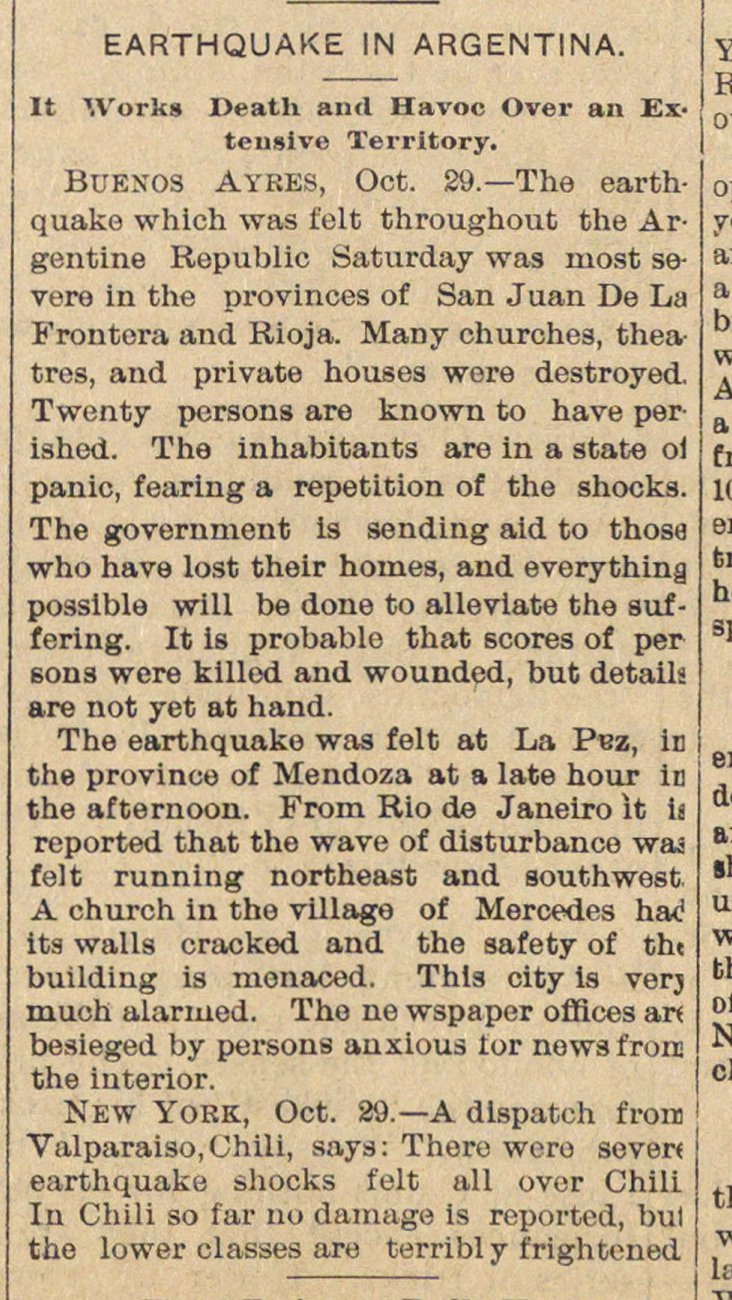 Buenos Ayres, Oct. 29. - The earthquake which was feit throughout the Argentine Republic Saturday was most severe in the provinces of San Juan De La Frontera and Rioja. Many churche3, thea tres, and private houses wore desfcroyed. Twenty persons are known to have per ished. The inhabitants are in a state oi panic, fearing a repetition of the shooks. The government is sending aid to those who have lost their homes, and everything possible will be done to alleviate the suf - fering. It is probable that scores of per gons were killed and wounded, but details are not yet at hand. The earthquako was feit at La Pbz, in the province of Mendoza at a late hour in the afternoon. From Rio de Janeiro it il reported that the wave of disturbaiice was feit running northeast and southwest A church in the village of Mercedes hai ita walls cracked and the safety of th building is menaced. This city is verj much alarmed. Tho ne wspaper offices ar besieged by persons anxious tor nowsfron the interior. New York, Oct. 29.- A dlspateh froni Valparaíso, Chili, says: There wero seven earthquake sliocks feit all over Chili In Chili so far rio dainage is reported, bul the lower classes are terribl y frightened