Such Are Sometimes Shot 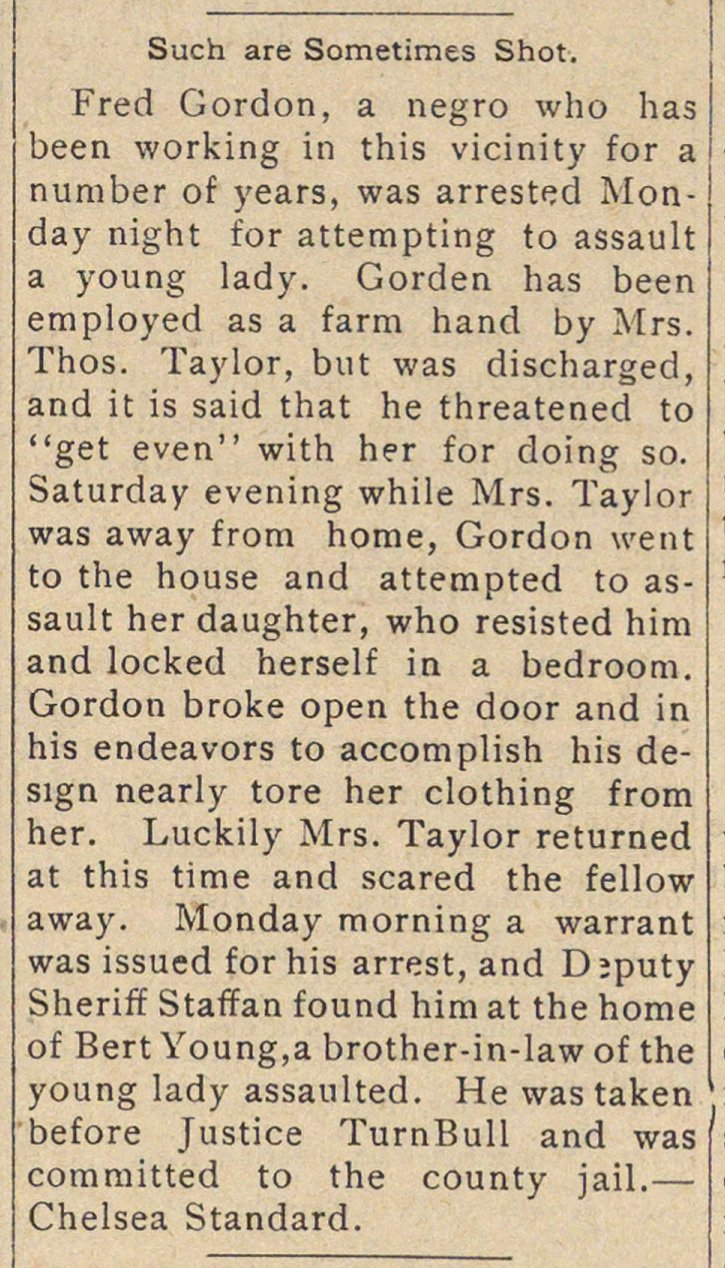 Fred Cordon, a negro who has been working in this vicinity for a number of years, was arrestad Monday night for attempting to assault a young lady. Gorden has been employed as a farm hand by Mrs. Thos. Tayior, but was discharged, and it is said that he threatened to "get even" with her for doing so. Saturday evening while Mrs. Tayior was away from home, Gordon went to the house and attempted to assault her daughter, who resisted him and locked herself in a bedroom. Gordon broke open the door and in his endeavors to accomplish his design nearly tore her clothing from her. Luckily Mrs. Tayior returned at this time and scared the fellow away. Monday morning a warrant was issued for his arrest, and D ;puty Sheriff Staffan found him at the home of Bert Young, a brother-in-law of the young lady assaulted. He was taken before Justice TurnBuIl and was committed to the county ia.il. -